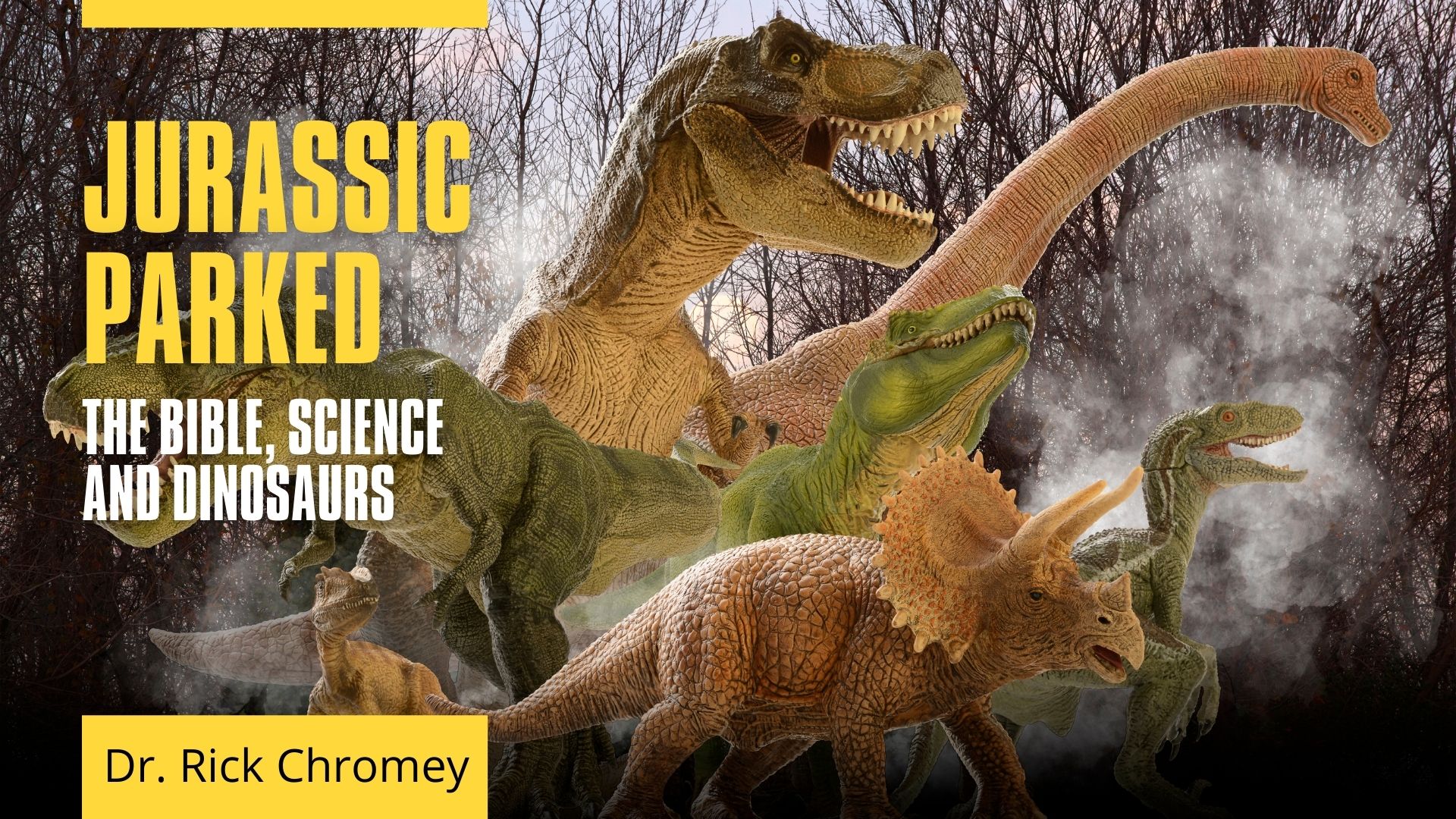 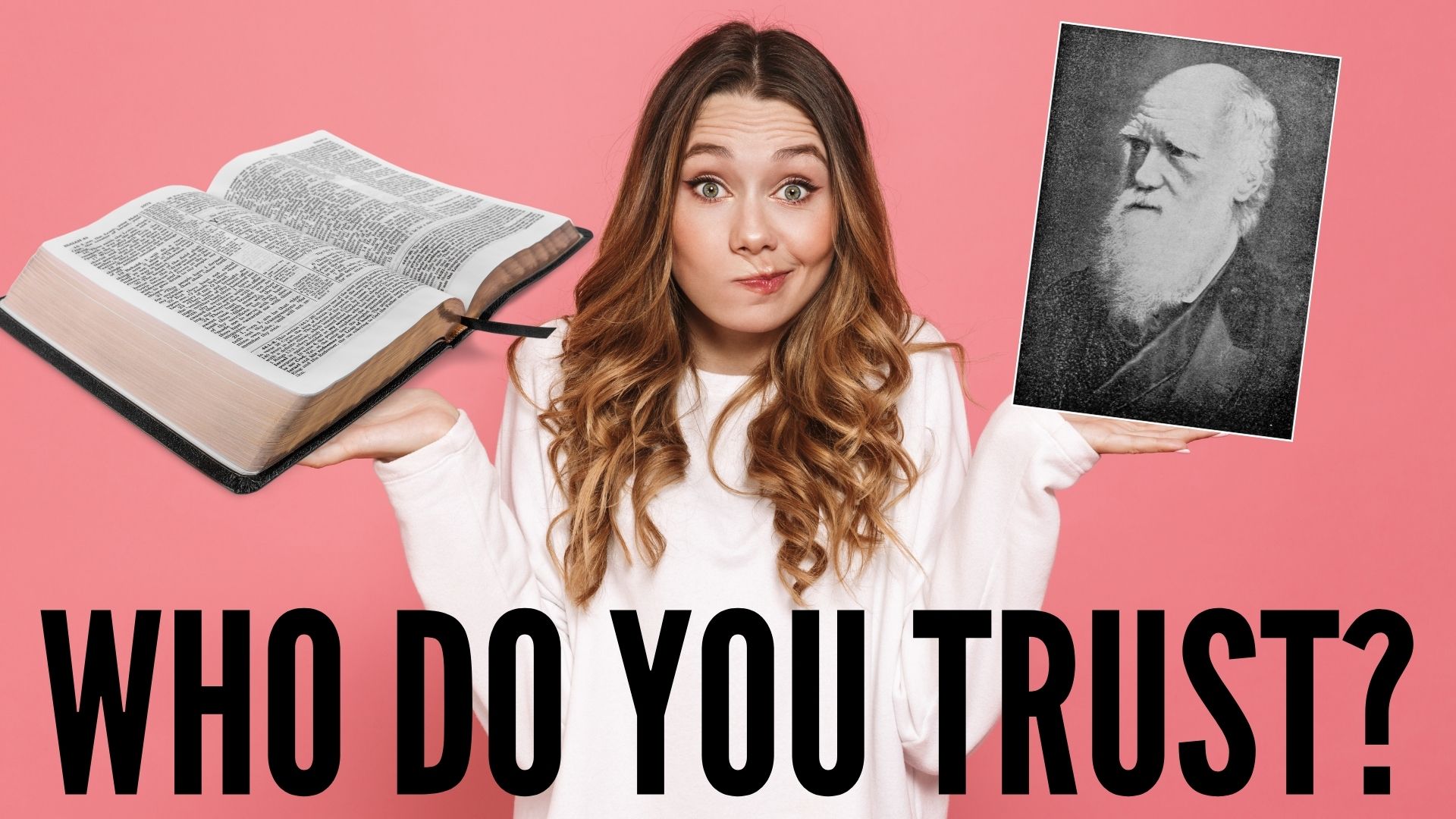 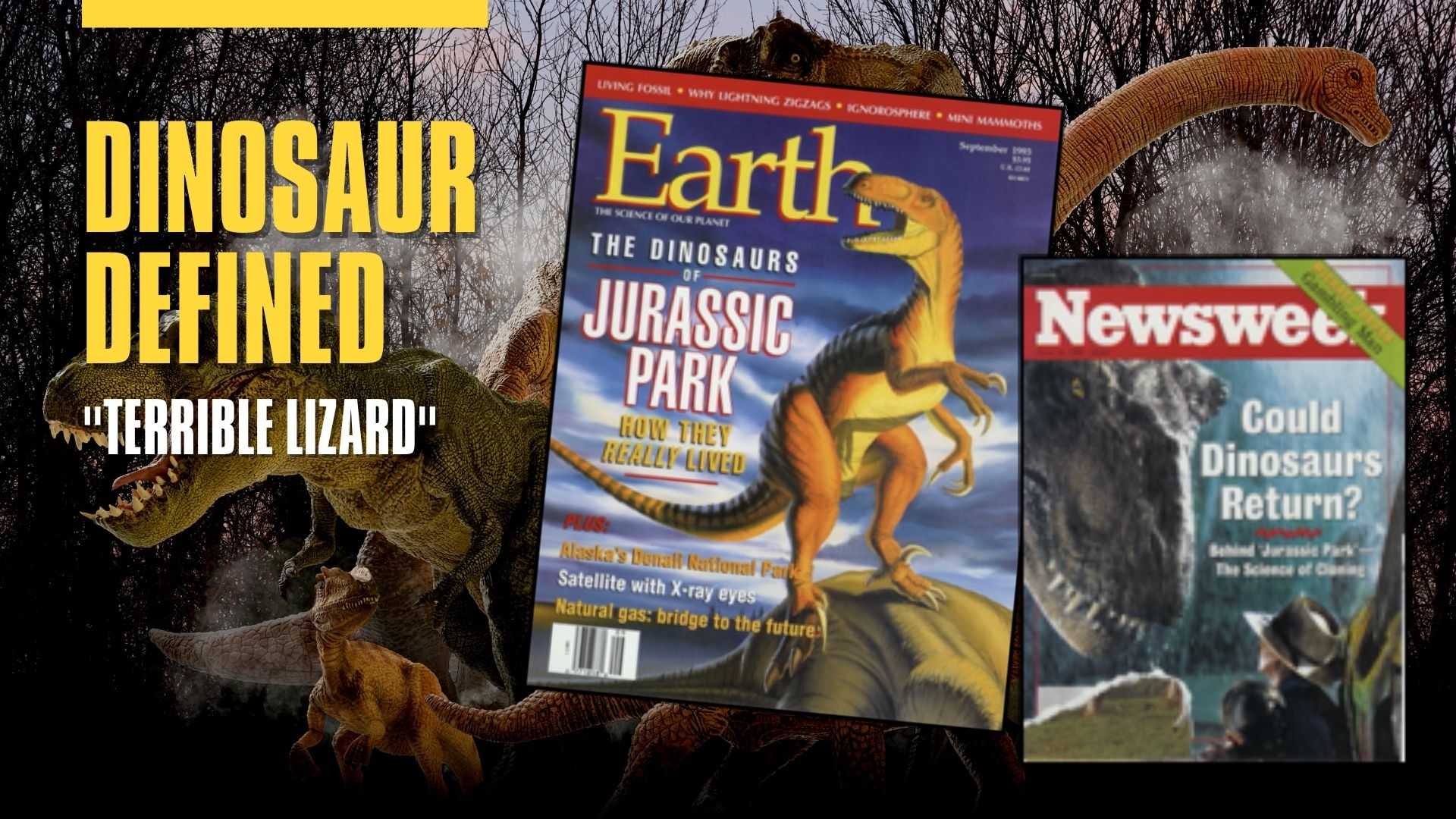 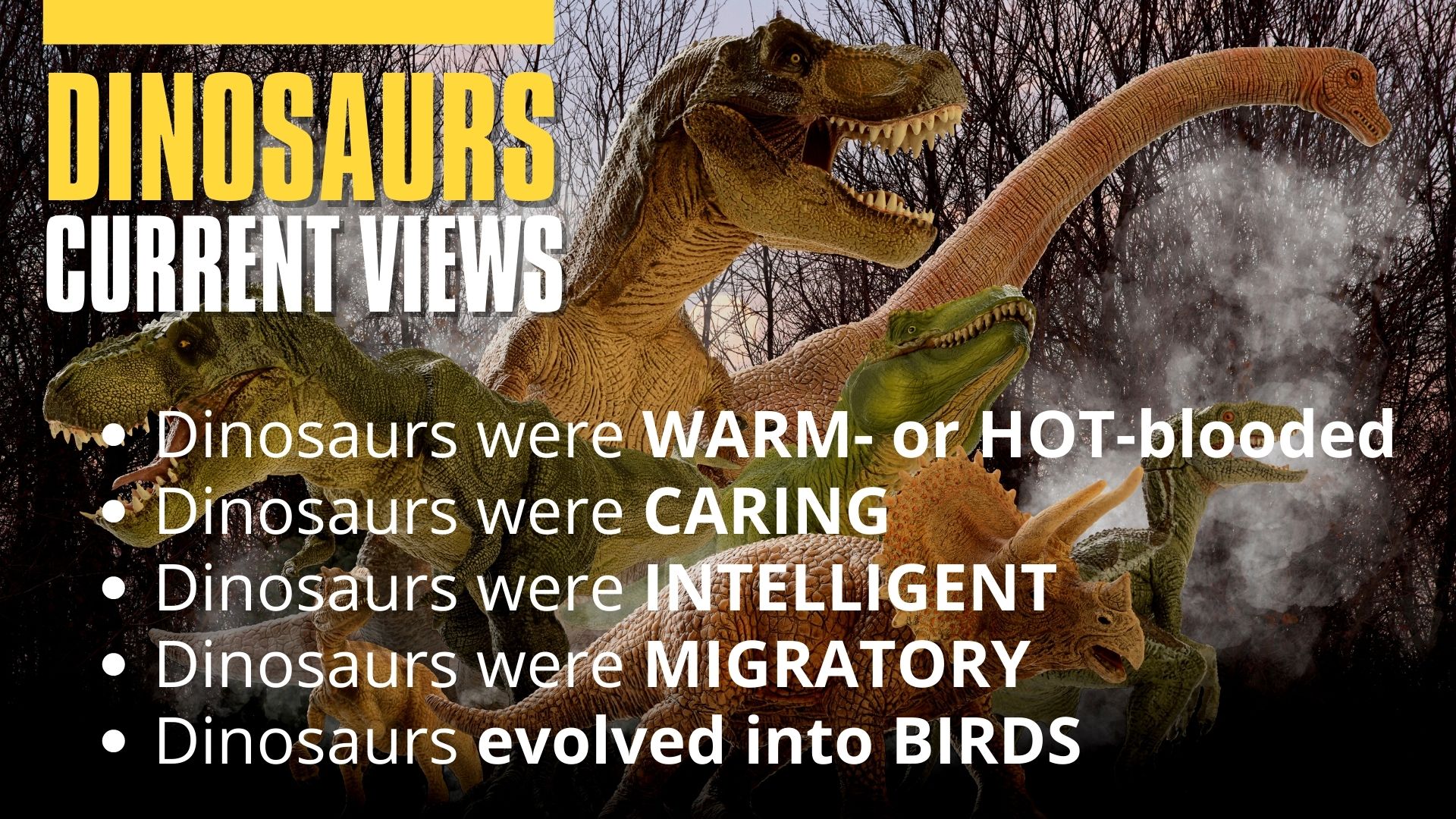 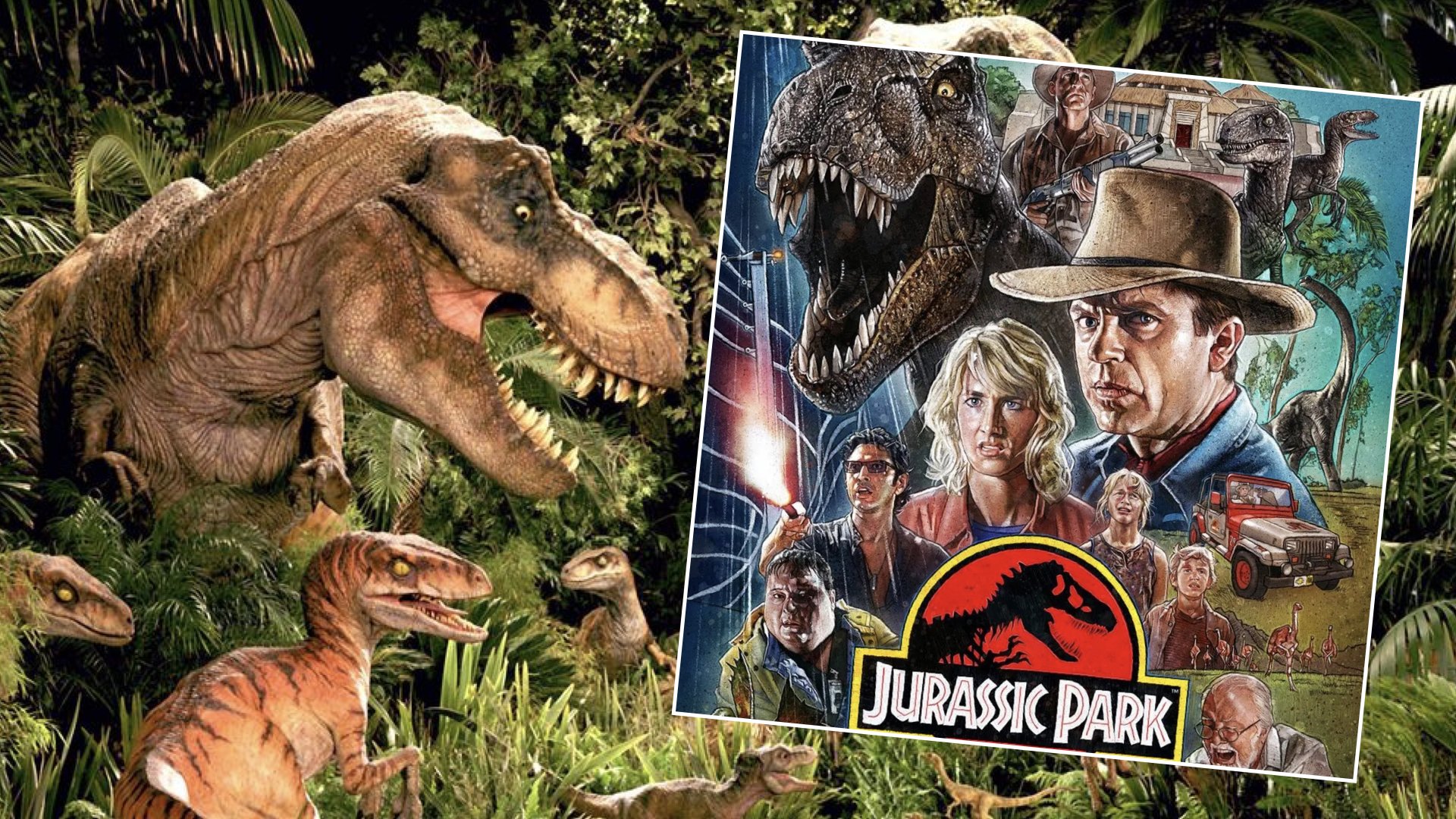 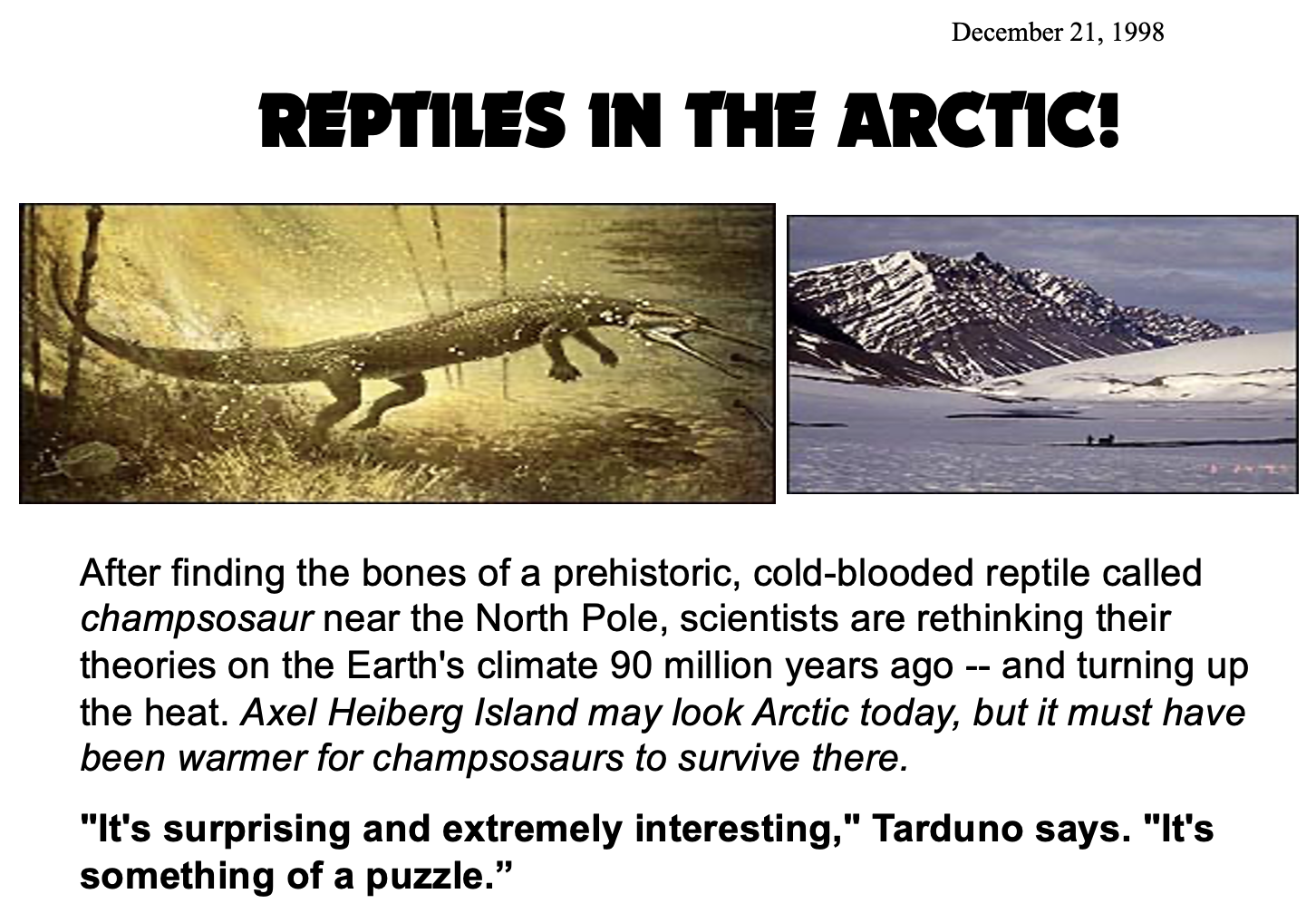 If there's a particular part of ancient life sciences that fascinate us, regardless of age, it's the dinosaurs. For 150 years we've been digging these "terrible lizards" (Greek: dinosaur) out of the earth. And we've also attached some rather interesting ideas to those bones buried deep in the rocks.

Since the late 1980s, modern paleontologists have proposed dinosaurs evolved into birds rather than the conventional and original idea that they were reptilian. It's why new species like the "raptors" dominate the dinosaur kingdom today, particularly the ferocious meat-eater velociraptor. The irony? The term "velociraptor" was a coined term for Michael Crichton's 1990 science fiction novel titled "Jurassic Park." Prior to this book, and subsequent movie, there were no such beasts in dinosaur literature.

Modern science actually has some difficult with dinosaurs. First, the vast majority of skeletal remains for dinosaurs are incomplete. In some cases only a single bone, tooth or claw is found. Second, these great beasts have been found in colder climates. It's why modern evolutionary paleontologists like Jim Bakker proposed dinosaurs weren't cold-blooded but "hot-blooded." It's the only way to explain them in these icy regions--that, and reimagining them into birds (who migrate south when the cold winds blow and snow falls). If dinosaurs become birds it solves everything.

Actually, no. Because the evidence for birds evolving from dinosaurs is speculative at best. Despite some well-publicized examples (like Mononykus), the reality is no true transitional "bird-dino" fossils have ever been found. Its modern scientists who creatively attach feathers, beaks and plumed tails to these skeletons (which, again, are often just a few bones). And that's the problem. Most of what we think we know about dinosaurs emerges from science fiction novels and Hollywood movies.

What do we know for sure? First, we know they existed. Because we have unearthed actual dinosaur skin, which looks reptilian not birdlike, the clearest evidence is they are cold-blooded reptiles. And, third, we know they grew to great sizes and died in some form of catastrophe, often involving water.

Ironically, the Bible helps us understand many of the great mysteries about dinosaurs, how they lived and suddenly died. There's even a possible dinosaur in Job 40. The bottom line is creationists have more answers to these great beasts, and we don't have to resort to speculative theory attached to bone fragments and promoted through pop culture.

The dinosaurs are one of God's greatest creations. It's time we got their story right. 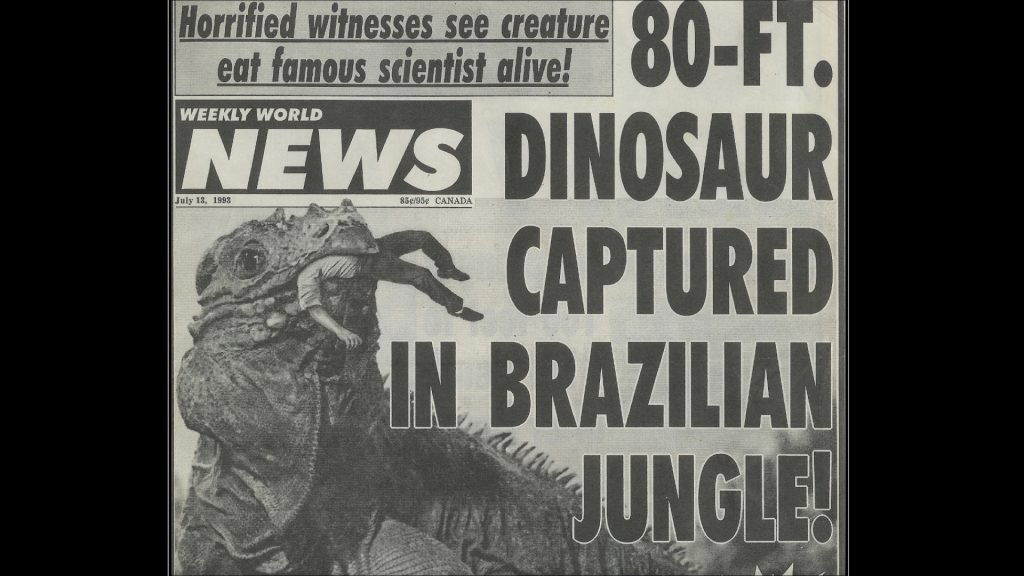 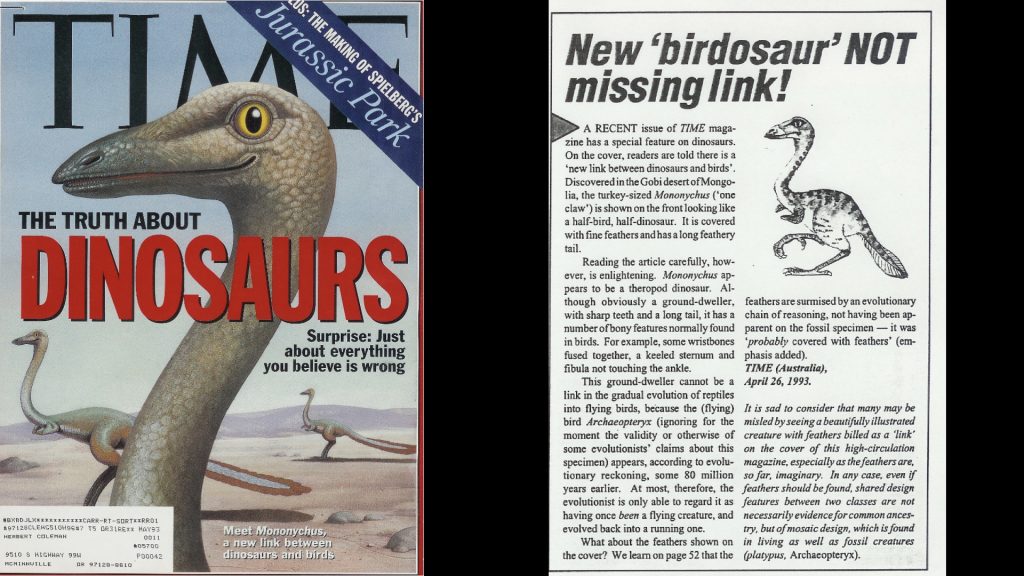 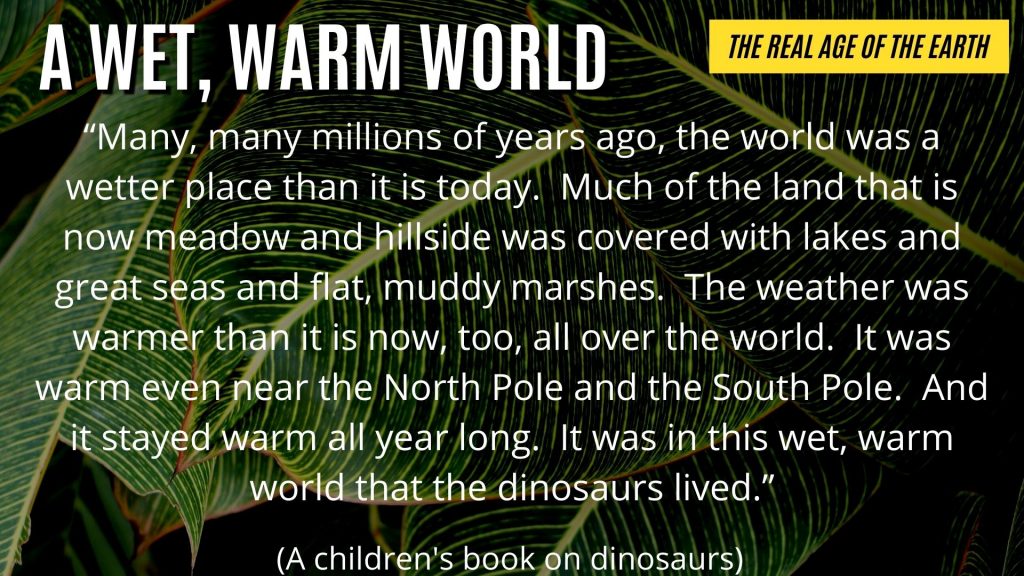 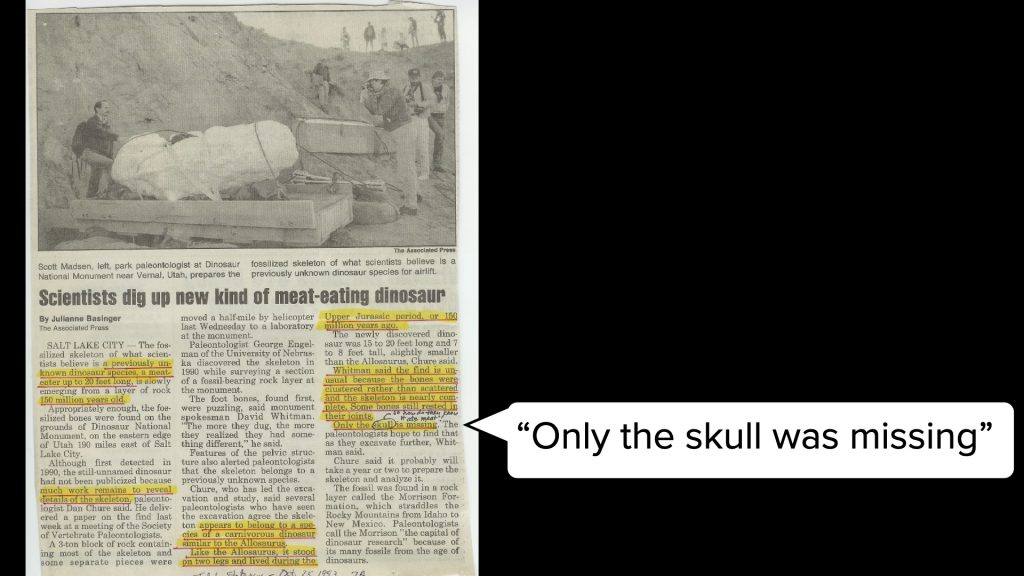 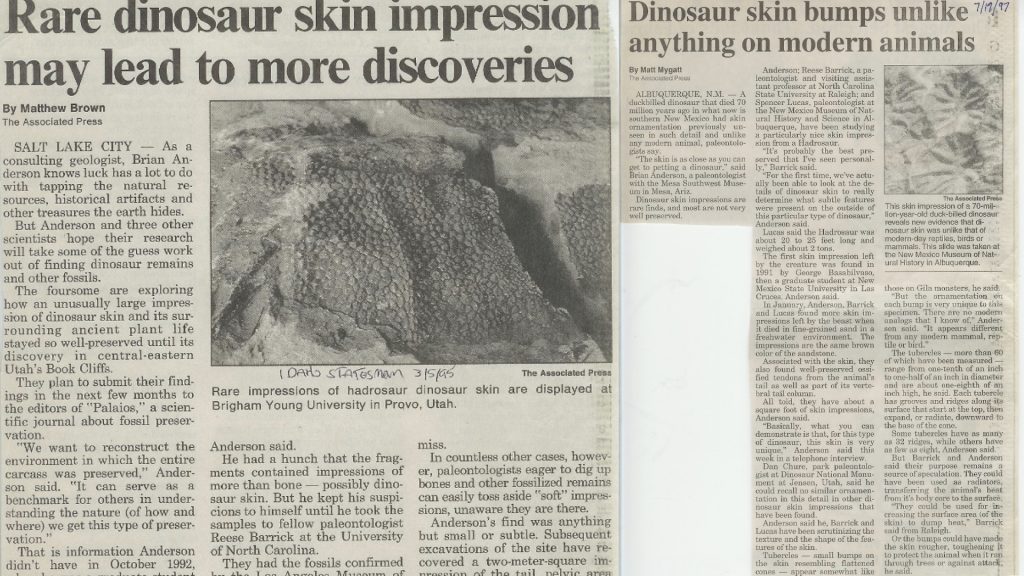 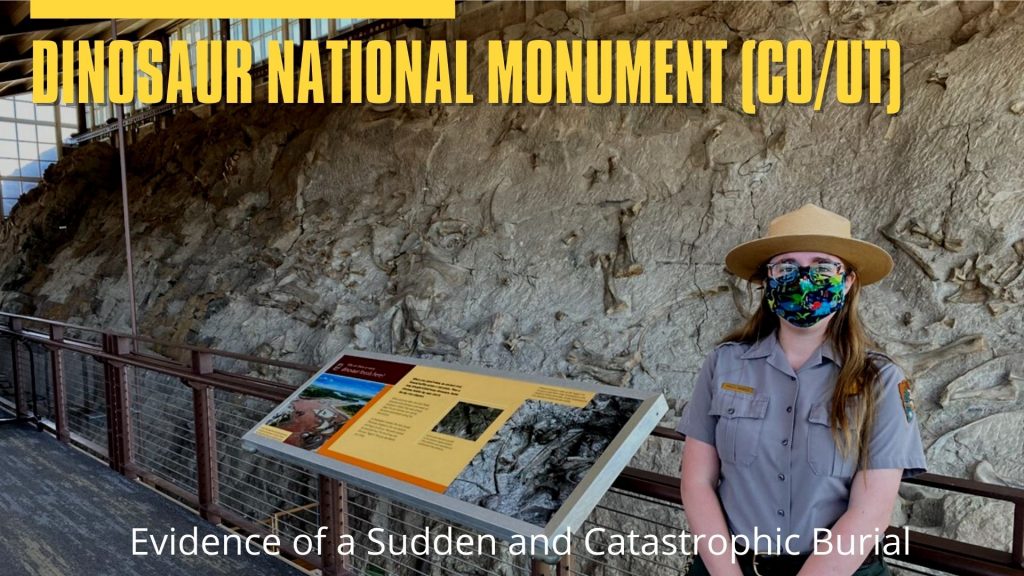 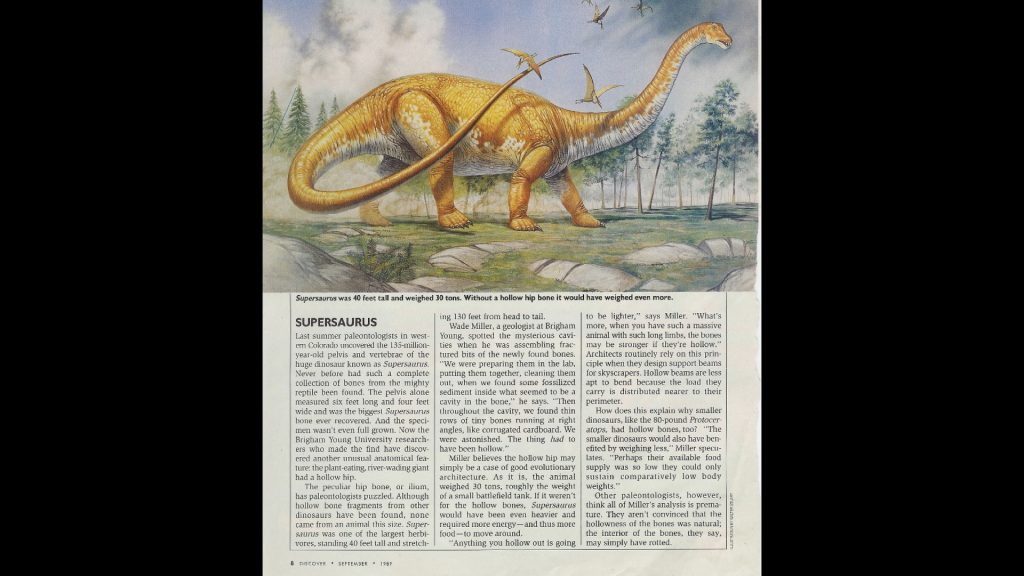 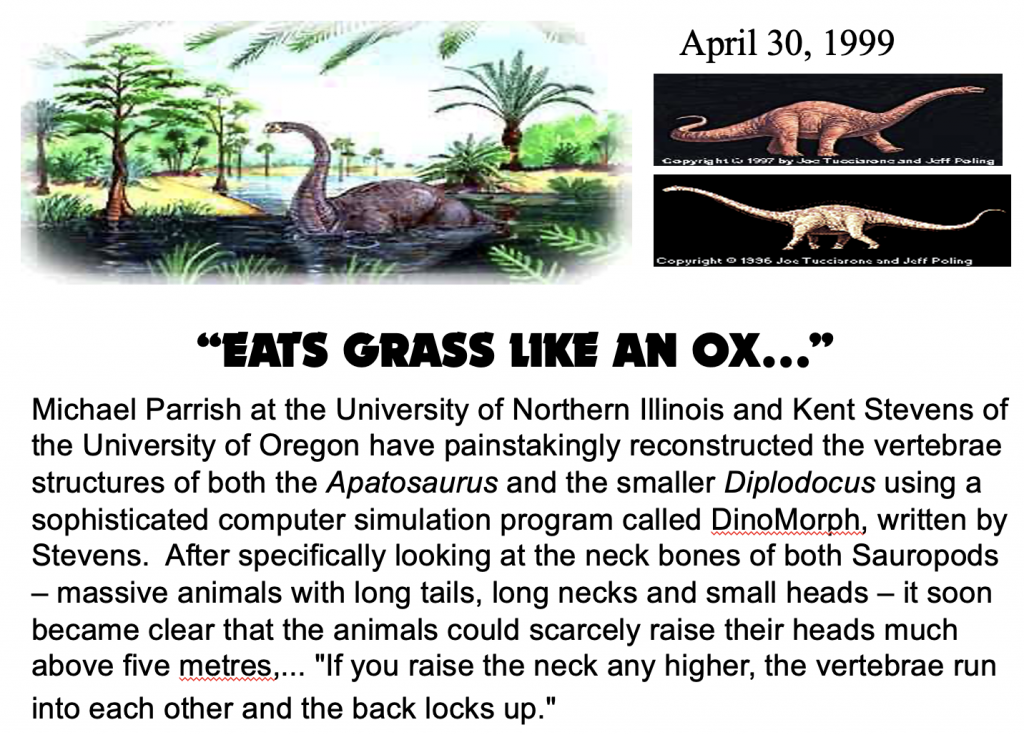 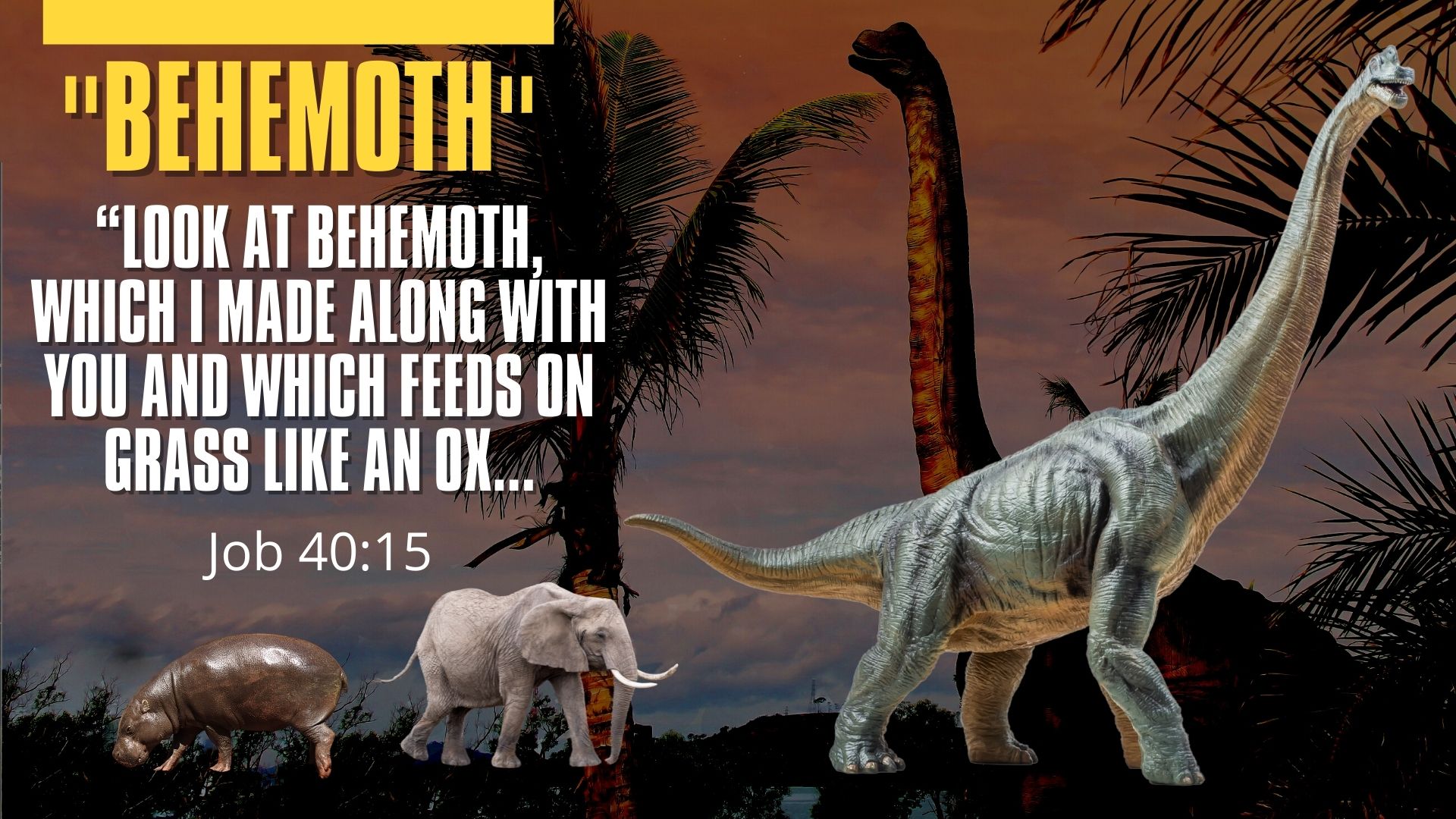 Job is a book that many Old Testament scholars believe was penned very close to the Noahic Flood event. It's a fascinating story of a man who faces extreme loss and still remains faithful to God. In the final chapters, however, Job's patience is wearing thin with God and he vents. In chapter 38, God answers Job with a single question; "WERE YOU THERE (Job 38:4)?" It's a question we all need to keep in mind as we explore evidences laid down long ago. After all, God then gently unpacks his entire creation to Job, pointing out the amazing things He has made and why Job needs to trust Him in his present crisis.

In Job 40:15, God turns Job's attention to a beast known as "behemoth." What it is we don't know for sure. Some biblical commentators suggest it's possibly an elephant or hippopotamus, but the descriptors don't entirely fit this beast.. There is one specimen it does fit: a class of dinosaurs known as the SAUROPODS. These huge vegetarian dinosaurs, which recent science suggests actually ate less from the tree tops and more from the jungle floor (like an ox), were the largest dinosaurs on the planet. They had long necks and tails, with massive bodies. They were a sight to see...and if God was going to show off his GREATEST creation there might not be a better place to start. 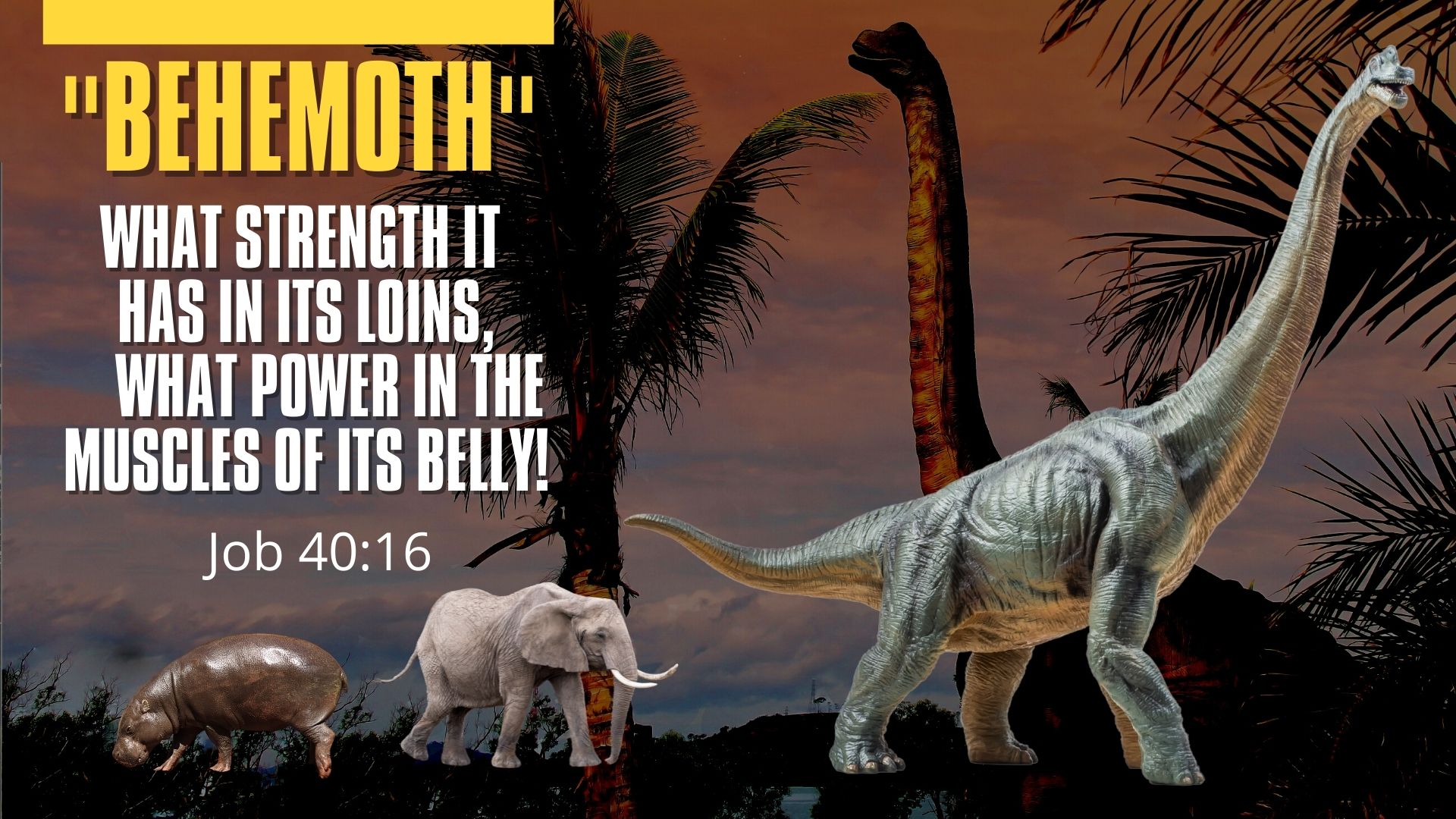 Job 40:16 describes "Behemoth" as having incredibly strong legs and belly muscles. It takes little imagination to see how a giant long-neck sauropod would have these features. The muscles of the belly are particularly fascinating because these beasts had huge tails...and for years they were artistically portrayed as dragging these tails. If you look at a Sinclair gas station to this day (with its logo of a sauropod dinosaur), it's still dragging its tail! However, we've found sauropod footprints in the fossil record but no tail prints. And that evidence led dinosaur researchers to reimagine these sauropods to hold their tails aloft.

But that's where the "power in the muscles of the belly" come in. And you can test this, scientifically, in your own home. Just lie down on your belly and lift your legs and head off the ground. In football we call these "gut busters" for a reason! It won't take long to feel it in the "muscles of your belly!" Consequently, it's safe to assume a sauropod with a tail off the ground would demand a muscular belly.

And this is where the hippopotamus and elephant already start to fail. In neither of these beasts do we think of "powerful bellies." 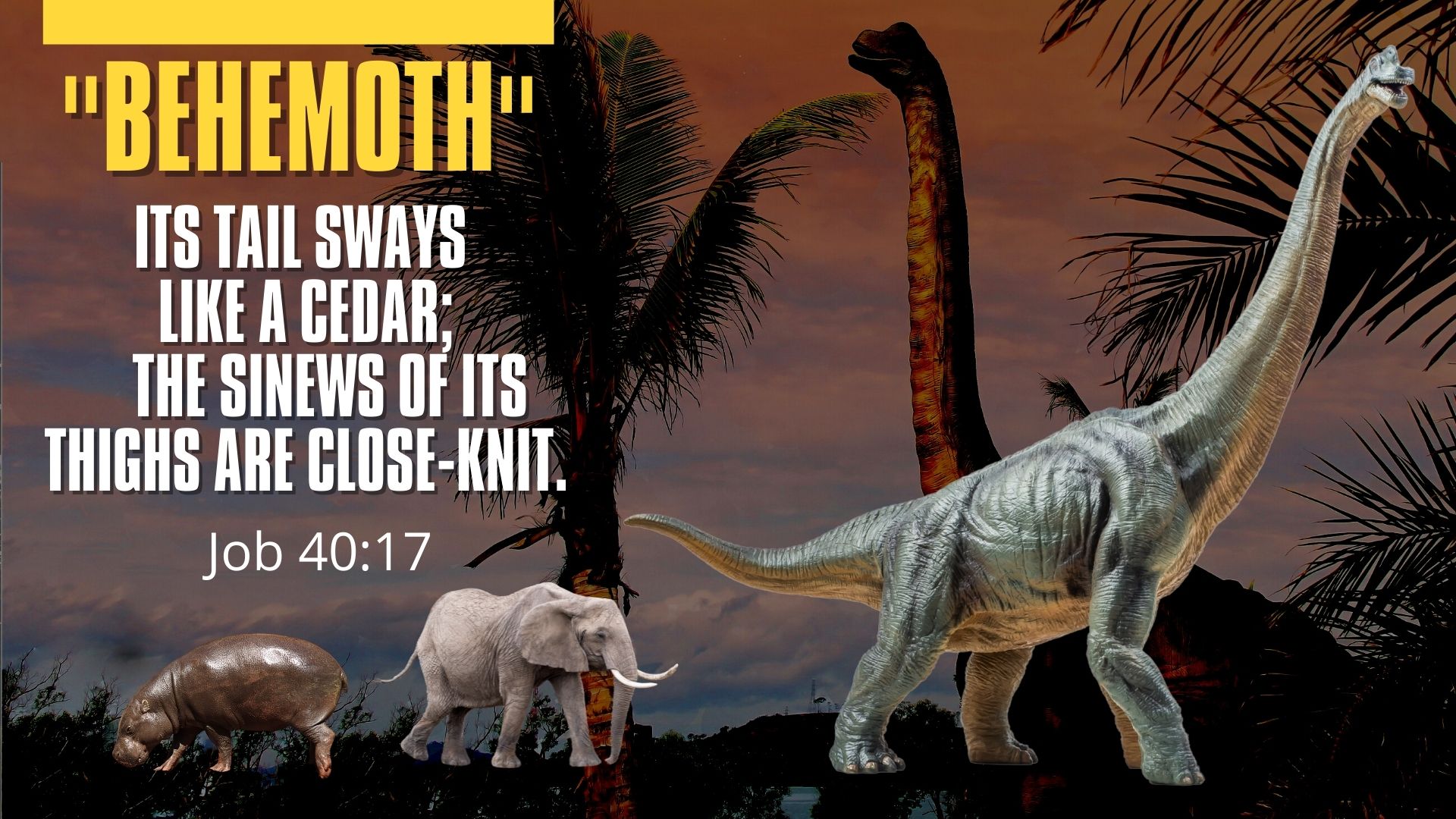 Job 40:17 now describes the tail this "Behemoth" possesses...and it's huge. It's so large that it resembles a cedar tree. It's impressive enough to even mention! Which brings us back to the hippo and elephant. Do either of these mammals have an impressive, large tail that looks anything like a cedar tree? No. The hippo has a stump for a tail and the elephant just a twig.

Of course, some Bible scholars in their attempt to push the comparison suggest that this "cedar tail" is actually the elephant's TRUNK! But let's remember WHO'S talking here. It's God who's the tour guide. God is showing off "Behemoth," a beast that He's already said that He created. Wouldn't the CREATOR know which end is which? Would the Creator confuse the tail with the trunk? No.

It's on this description that the hippo and elephant are no longer options for "Behemoth." But the SAUROPOD (long-necked dinosaur species) remains a captivating beast to consider. 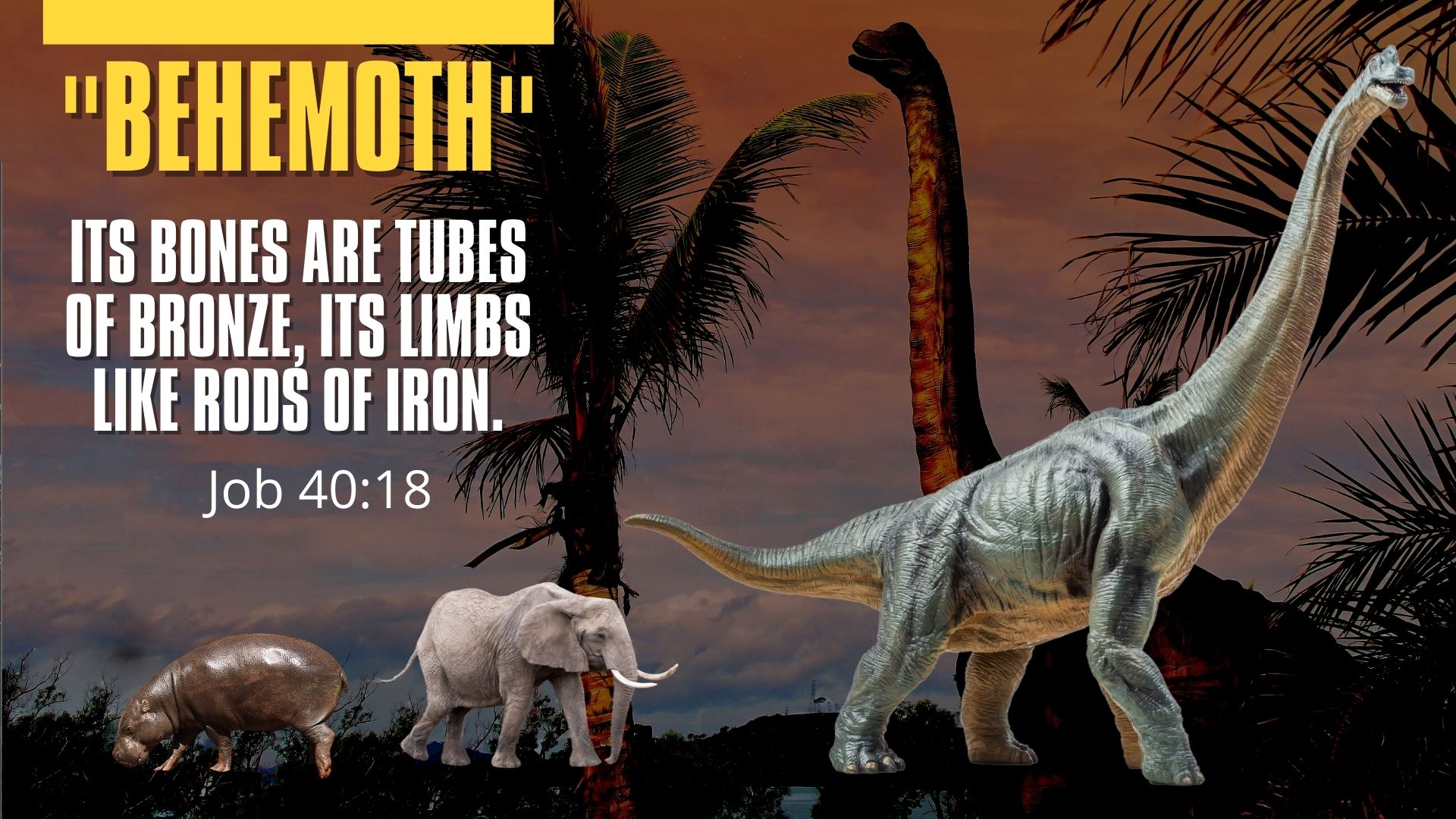 Job 40:18 remarks about the skeletal structure of "Behemoth." The bones of this great beast are not only huge but incredibly strong, which we would expect from a large sauropod dinosaur. The skeletons of this species were uniquely weighted to carry the massive tonnage of their bodies. It would require "tubes of bronze" and "rods of iron" to move these giants of the early earth. 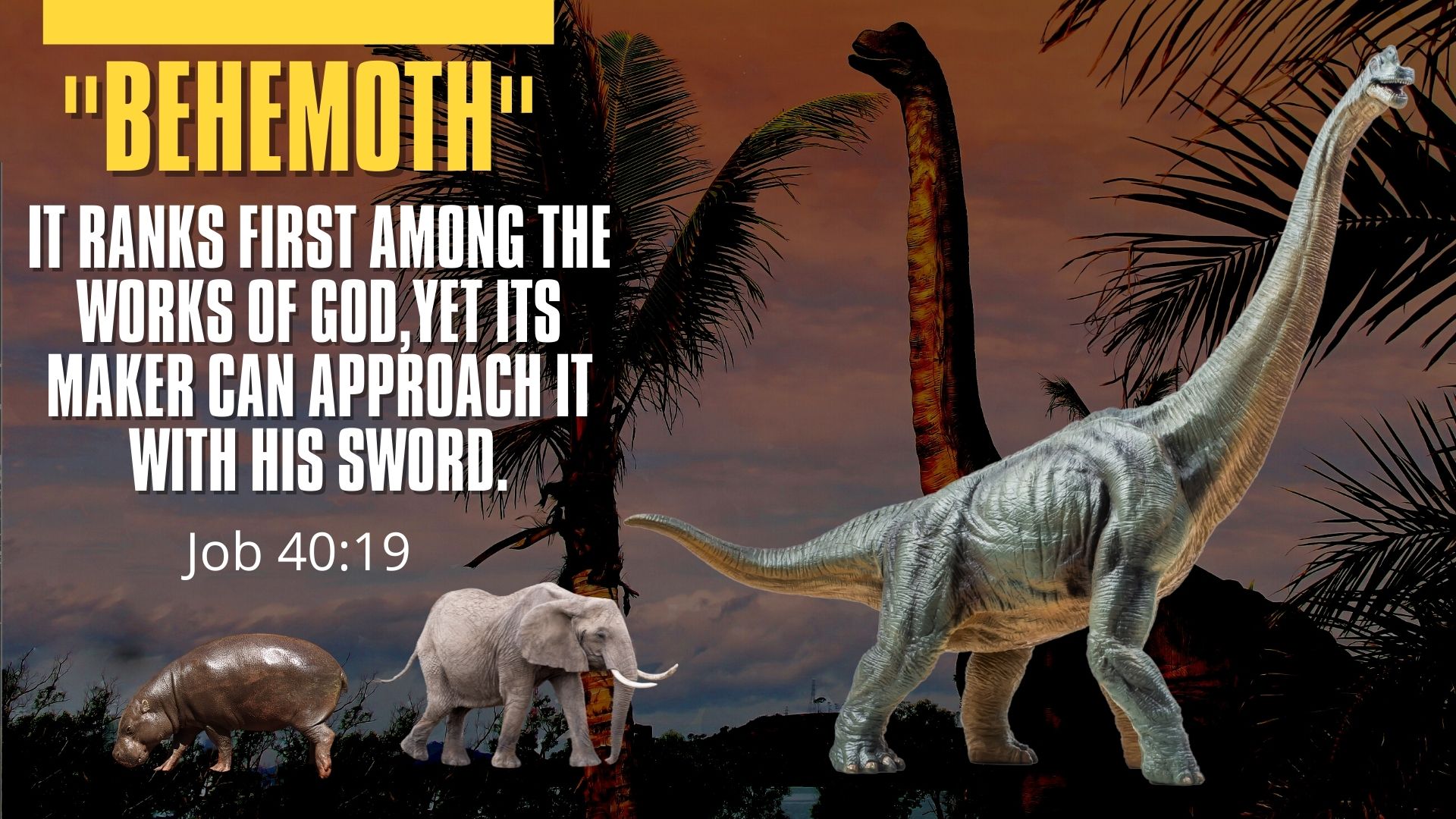 Job 40:19 makes two interesting assertions that we mustn't overlook. First, that this great beast ranked "first among the works of God." Now there's really only two ways to take that idea. It's either speaking to appearance or size. If "Behemoth" is truly a reptile, and the evidence suggest that this is the case, then he was created before humans (first). However, I think the more obvious choice is this "first" speaks to size. Behemoth was God's best and biggest beast. He "ranks #1." Which, again, is where a hippo or elephant fails. Do we really think God would impress Job by showing off his "best work" using one of these mammals? There are plenty of other bigger and better beasts than these. But when we start charting the largest beasts to ever walk the planet, it's the SAUROPOD species that wins the day...all day long.

The second descriptor can't be missed either. This "behemoth" was not only big but relatively friendly. It could be approached and possibly handled. We would expect a vegetarian dinosaur to be more gregarious than a meat-eater (who would see a human as lunch!). It's another reason to position "behemoth" as a sauropod. Isn't that the beast that Fred Flintstone rode to do his work or had as a pet at home? Maybe the cartoon doesn't lie. 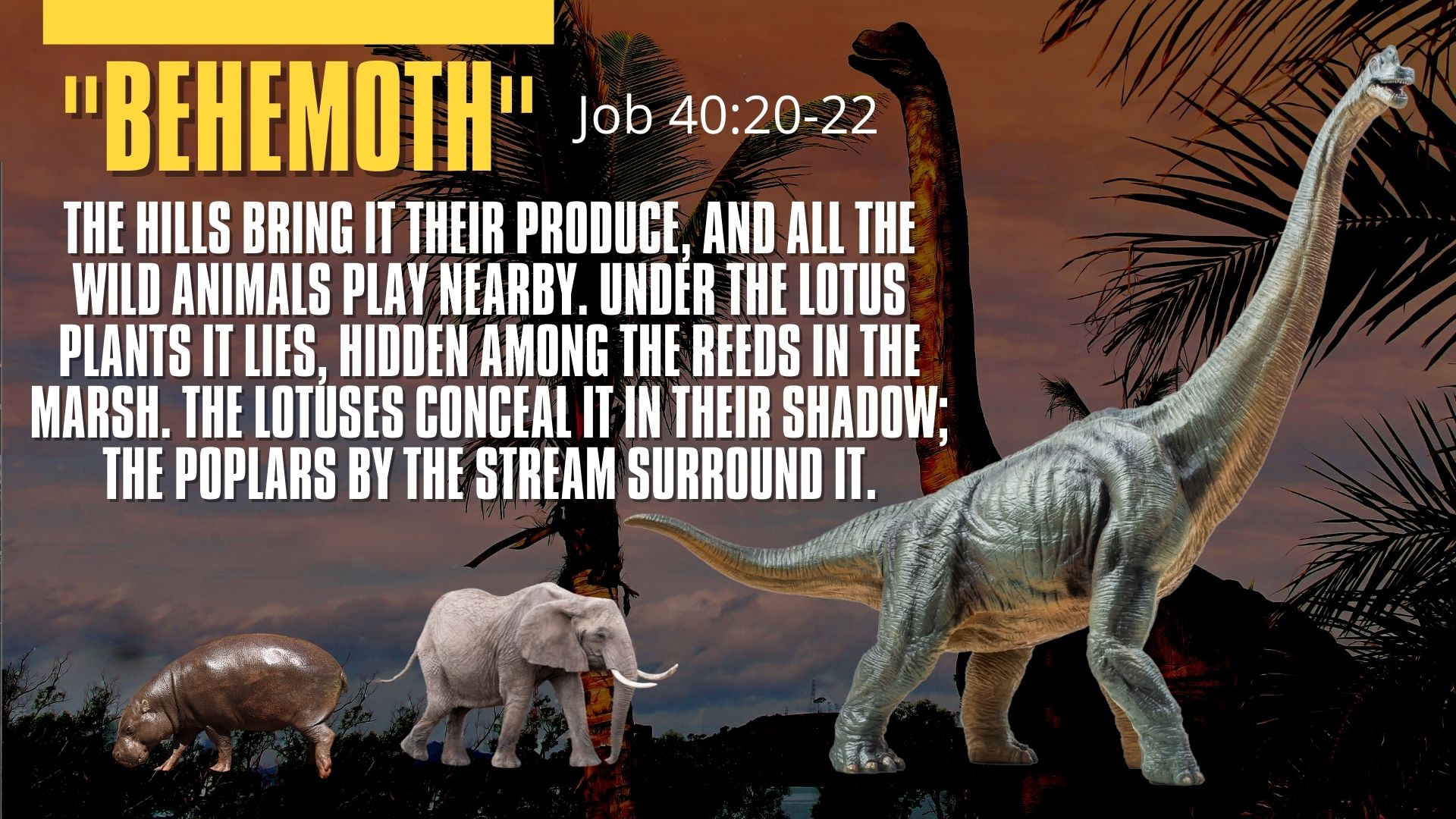 In the final descriptors, we learn about the natural environment of this great beast called "Behemoth." He lives in the valleys and among the other animals (who aren't all that afraid of him). He lies down under the tropical lotus plants and enjoys the wetlands of the marsh. If you were painting a perfect space for the SAUROPOD species--a vegetarian dinosaur that enjoys the company of other beasts and welcomes the waters that flow all around it--it would look a lot like what God described to Job.

In fact, Job 40:23-24 state: A raging river does not alarm it; it is secure, though the Jordan should surge against its mouth. Can anyone capture it by the eyes, or trap it and pierce its nose? Only a large sauropod would feel comfortable in such an environment, able to traverse even the raging flow of the Jordan, high enough to nearly drown. Only a large and friendly sauropod could be possibly snared or pierced by a daring person. You definitely would attempt such a feat with a meat-eating T-Rex! And frankly I doubt many hippos are snared either. Of all the great African beasts, they are the number one killer of humans. I was taught by my African guides to give them a wide berth.

Ultimately, it's impossible to be absolutely sure that "Behemoth" is a SAUROPOD dinosaur. But it's the best option and fits all the descriptors with scientific precision. And if that's the case, then yes, there is a DINOSAUR in the Bible. We just call him by a different name. 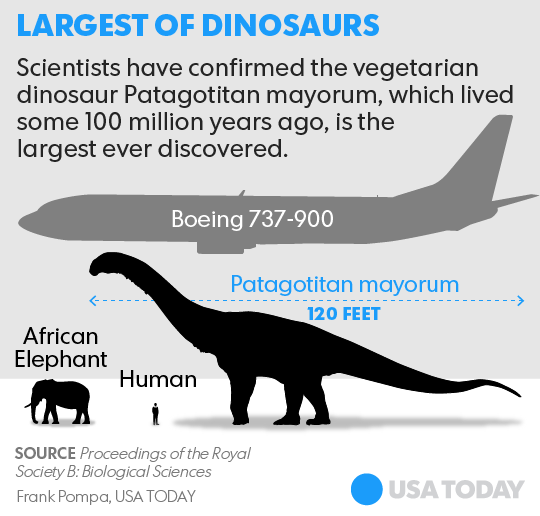