The study of biblical eschatology is a study of "last things." It's an investigation into how we interpret biblical prophecy related to the "end" or "last days."

In biblical eschatology, there are a number of historical views. Some emerged rather early (historic premillennialism, preterism). Some as early Christianity found cultural traction (amillennialism). And some much later (postmillennialism) and more recent (dispensational premillennialism). The following FIVE views are general in their perspective. The Bible student should be well aware that countless variations exist within these major frames. Further study is highly encouraged and, with all things divisive in Scripture, a healthy amount of humility and tolerance (to variant views from your own) is recommended.

THE FOLLOWING VIEWS ARE LISTED ACCORDING THE HISTORICAL DATING OF WHEN THEY EMERGED IN THEOLOGICAL WRITINGS. 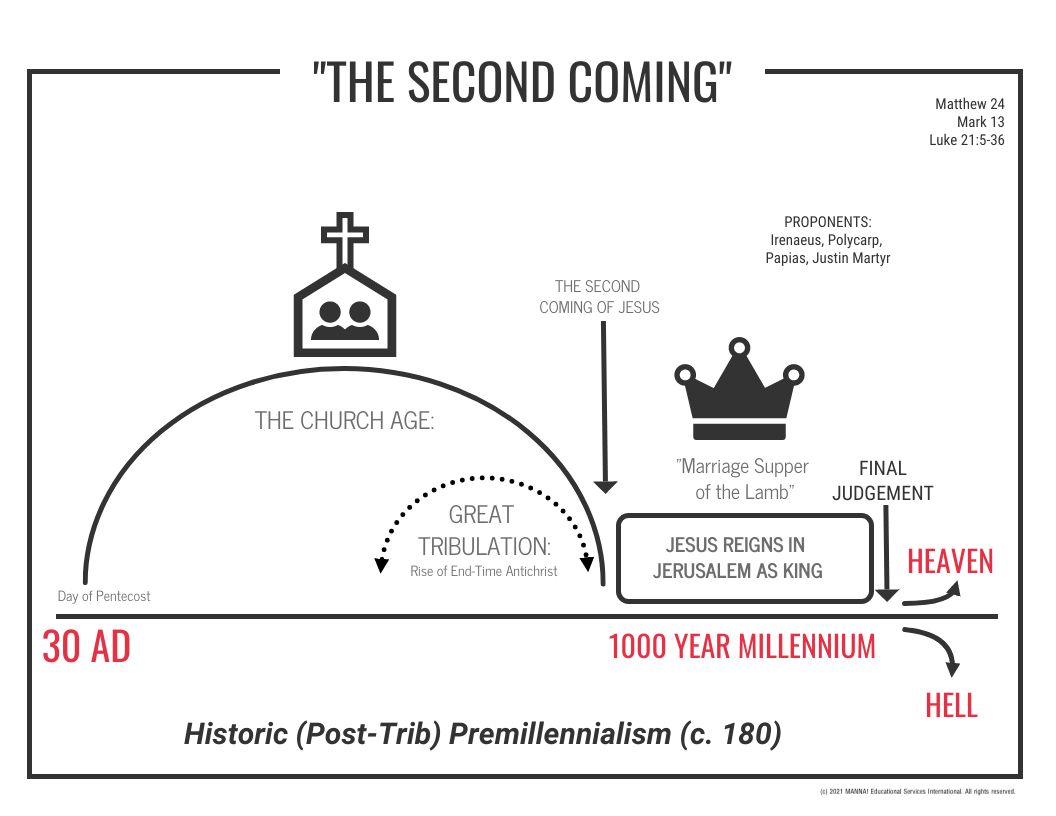 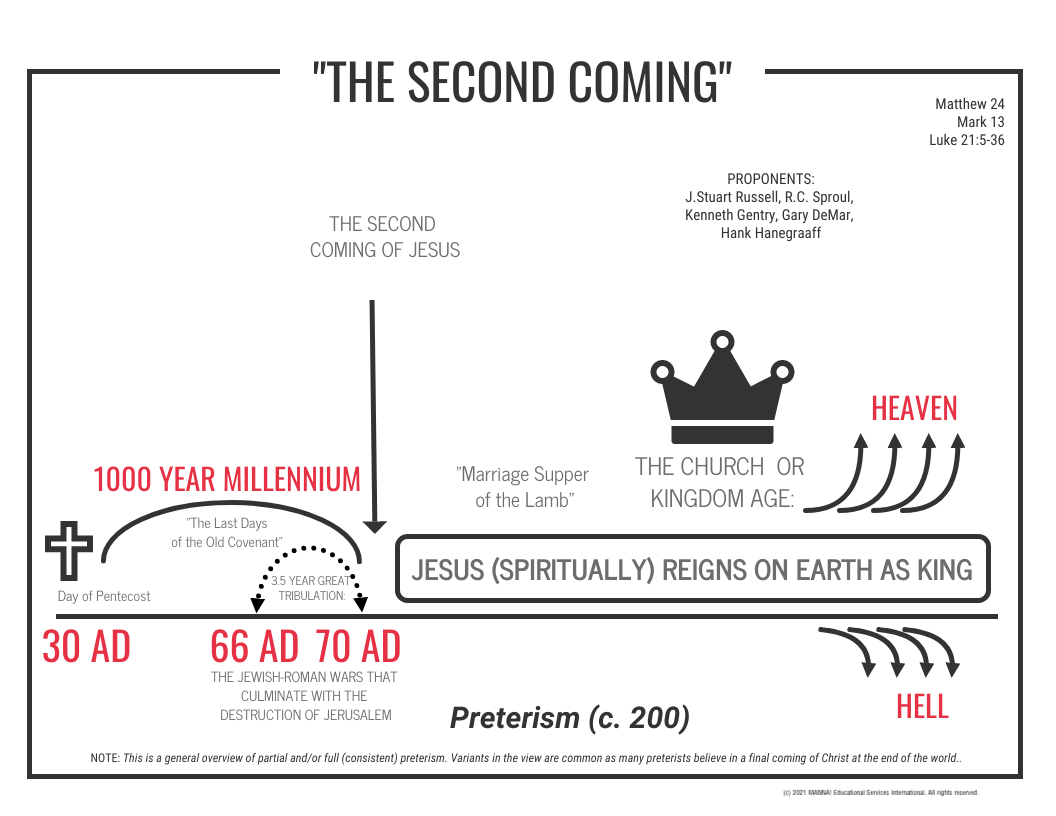 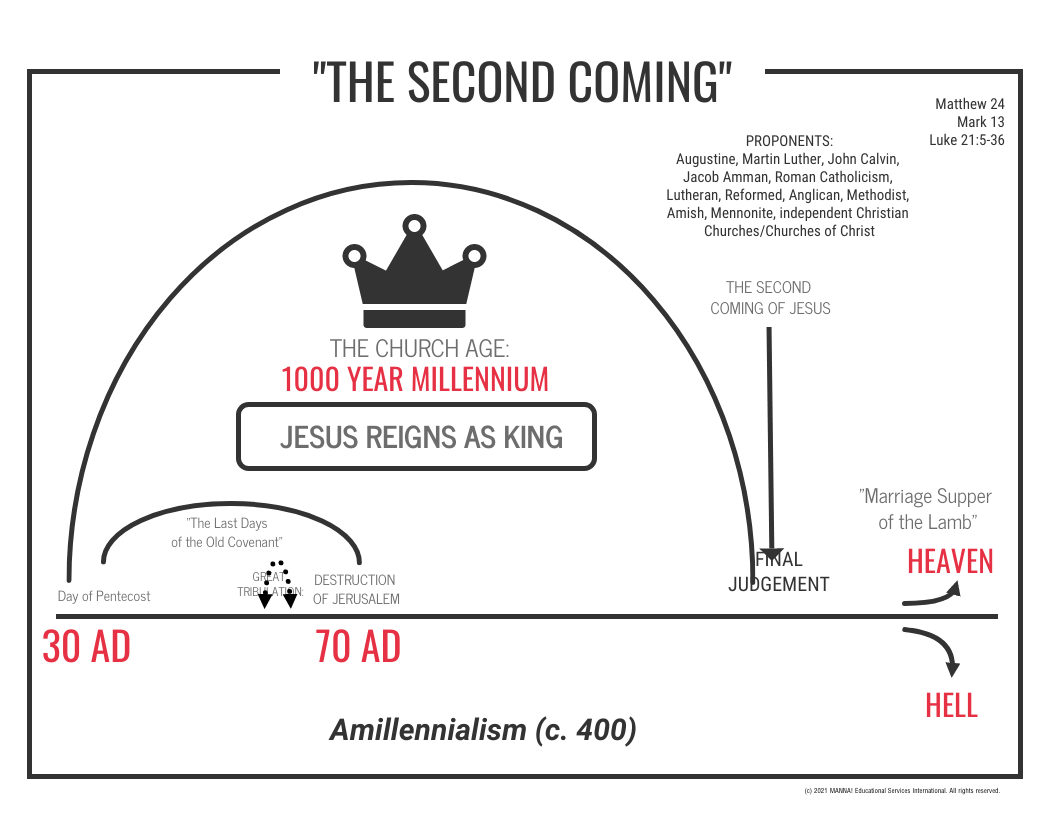 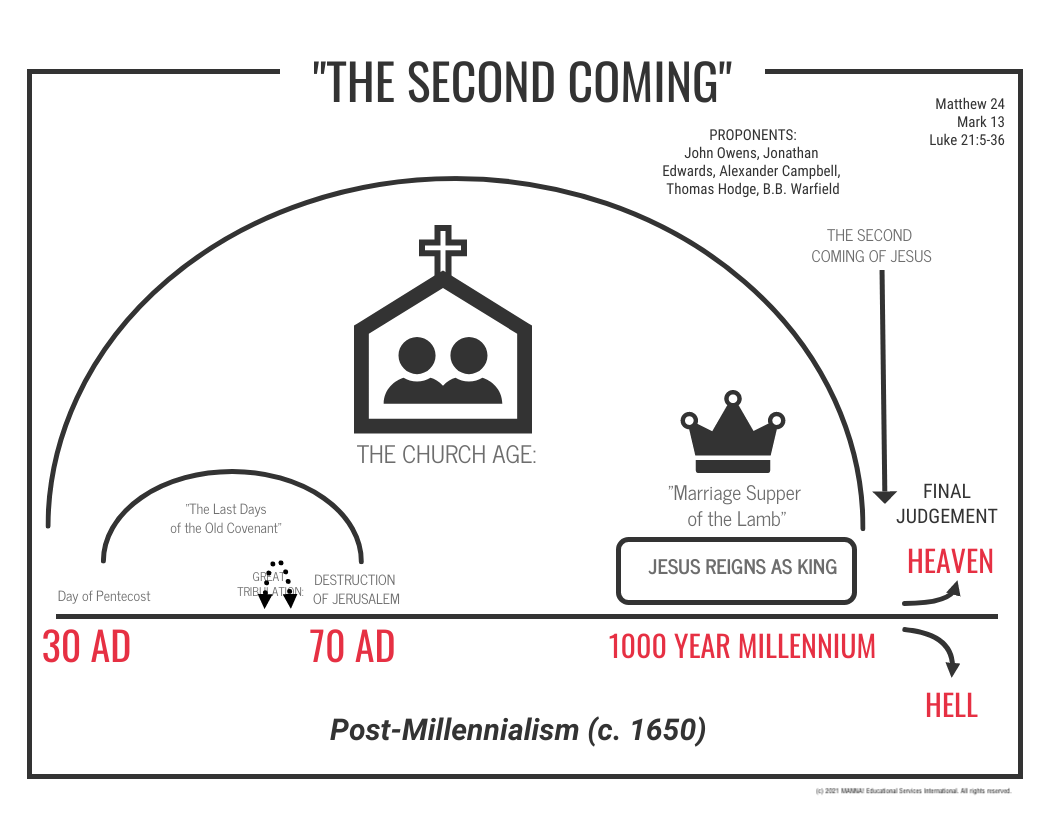 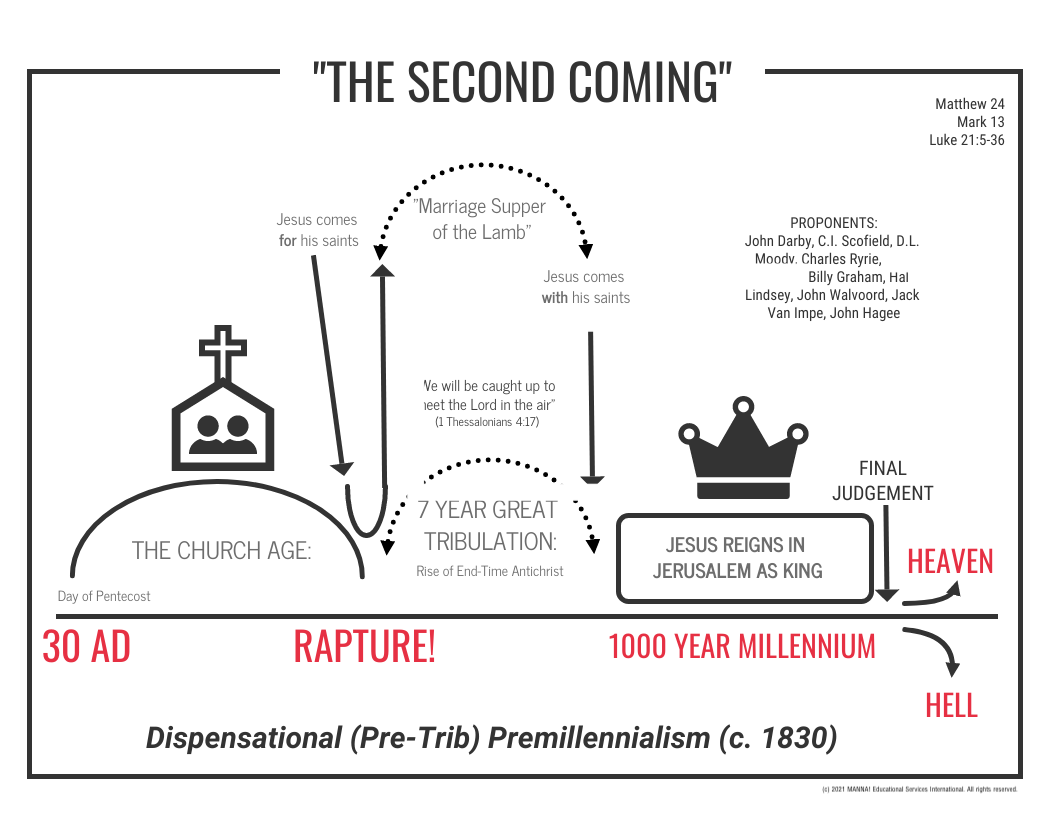