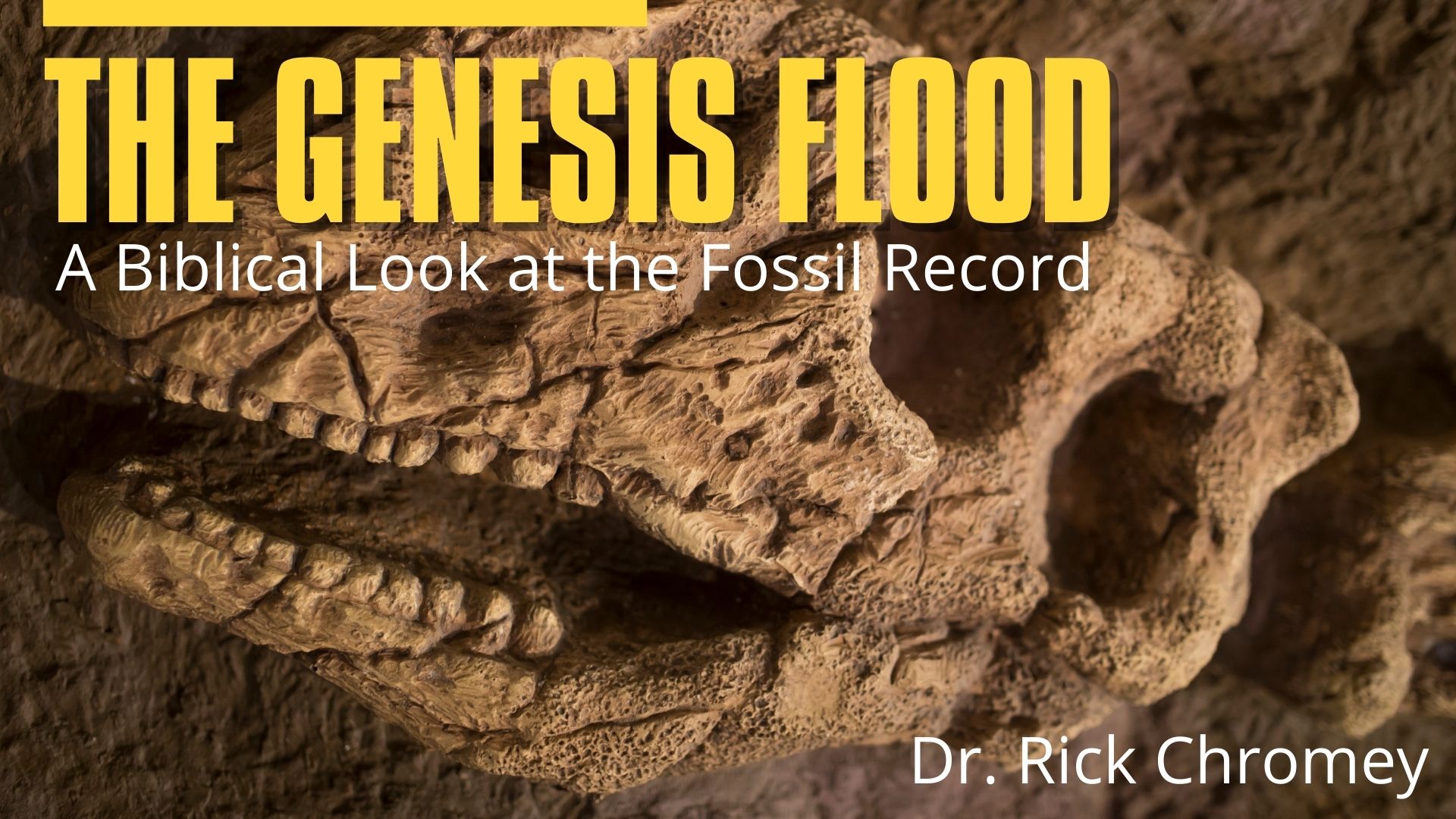 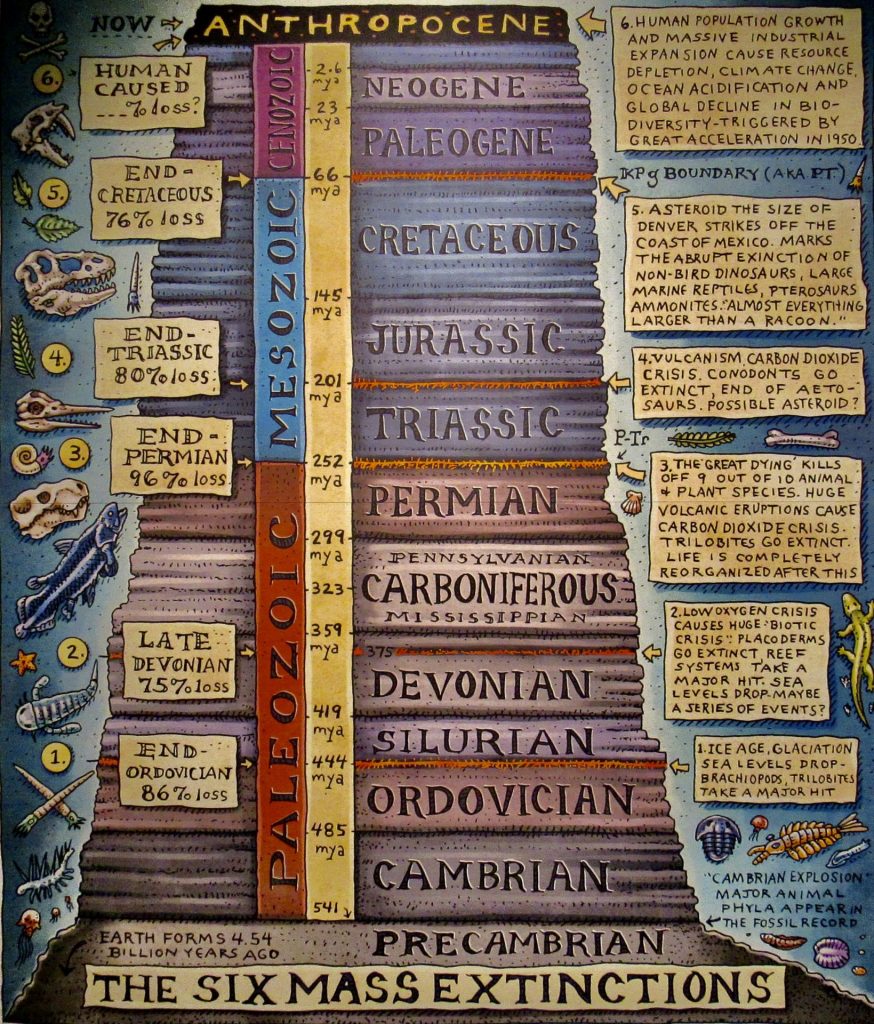 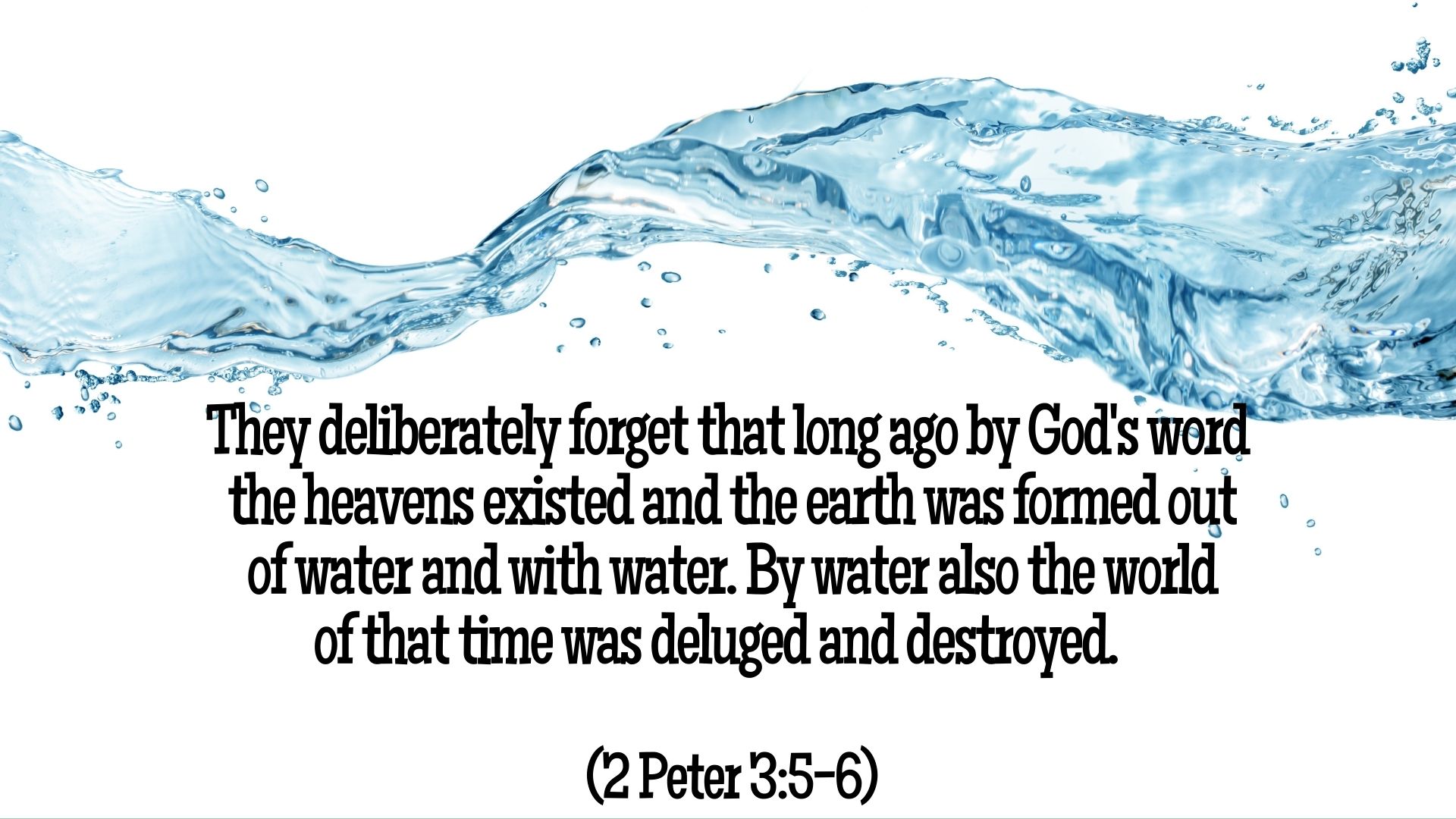 THE FLOOD OF CATASTROPHE

In the evolutionary view of the fossil record there are multiple catastrophic that wiped out up to 90% of life each time. In other words, every time life was wiped out, it had to restart the evolutionary process. The problem is time. Even if billions of years are figured into the story, it's difficult to factor in multiple global catastrophes that reset the process each time. There simply isn't enough time.

The other problem is what we learn in this fossil record. Essentially we discover, as creationist Ken Ham quips, "billions of dead things buried in rock layers all over the world." We find evidence of a global tropical environment, featuring cold-blooded reptiles, birds and jungle fauna at the polar regions. We find evidence of sudden burial, like fish fossils literally consuming their prey when death happened. We find evidence of giantism, from insects to vegetation to dinosaurs. And we find evidence of a water catastrophe, from pillow lava on high mountain peaks to huge canyon drainage to mass bone graveyards.

In a word we see a clear story of a great and global flood. The fossil record (and it's presumed geological time scale) is not a story of evolution but of catastrophe. And it's a story found in the Hebrew Old Testament (Genesis 6-8) as well as nearly 200 other cultures all over the world. In fact, one of the oldest non-biblical retellings of the Genesis flood, using names remarkably similar, is the Assyrian Epic of Gilgamesh. We can trust God's Word on this one. After all, He was there! 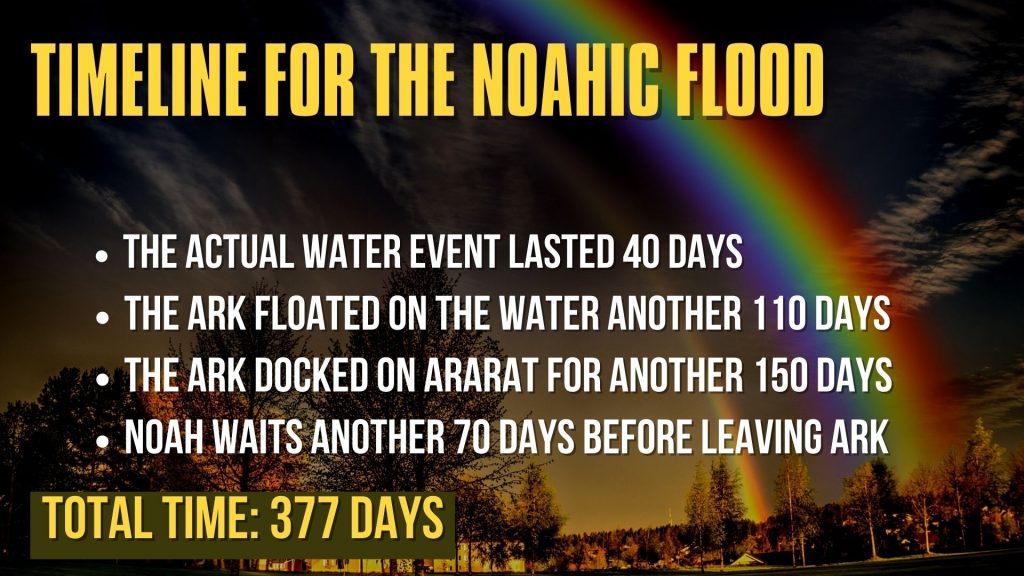 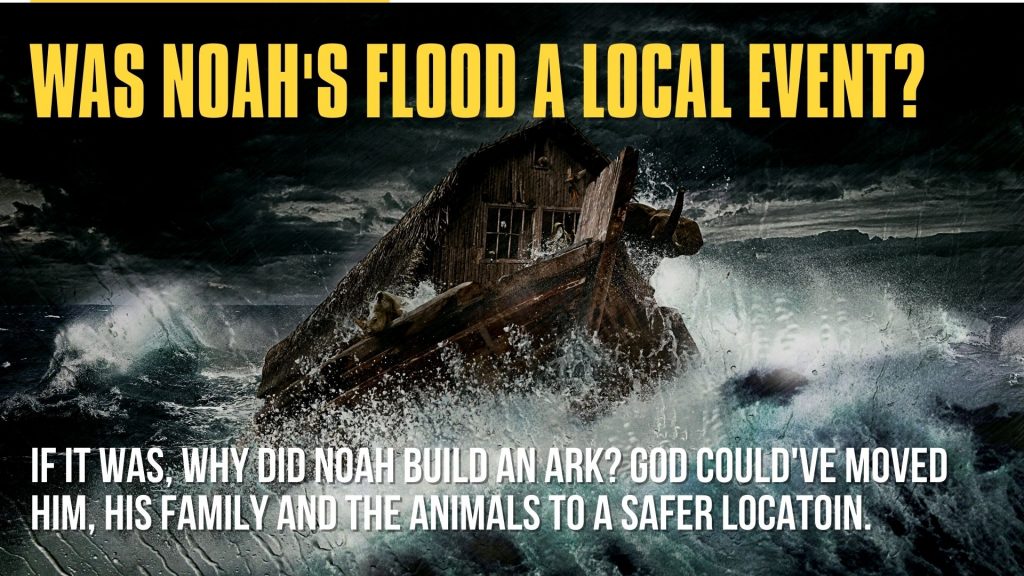 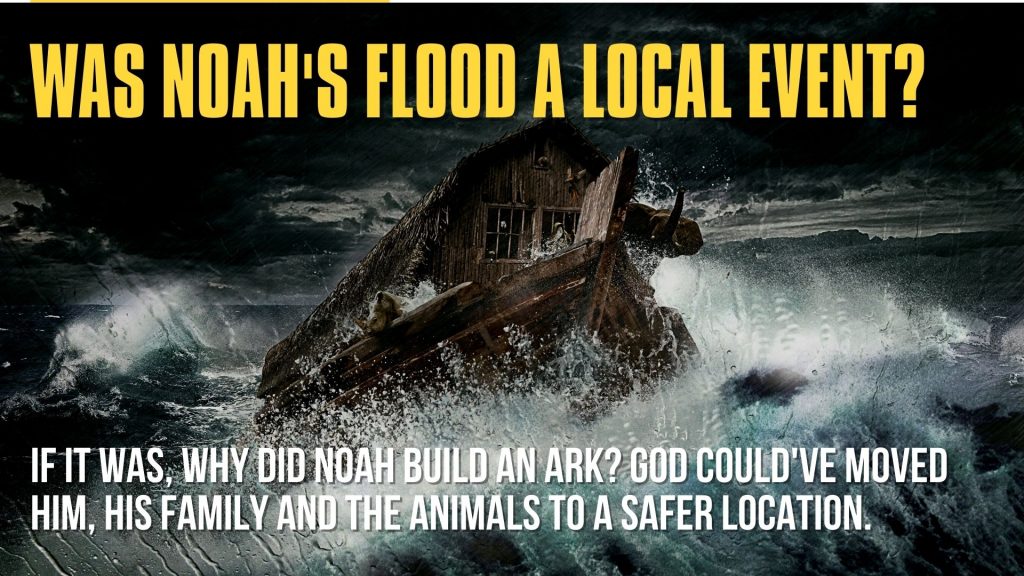 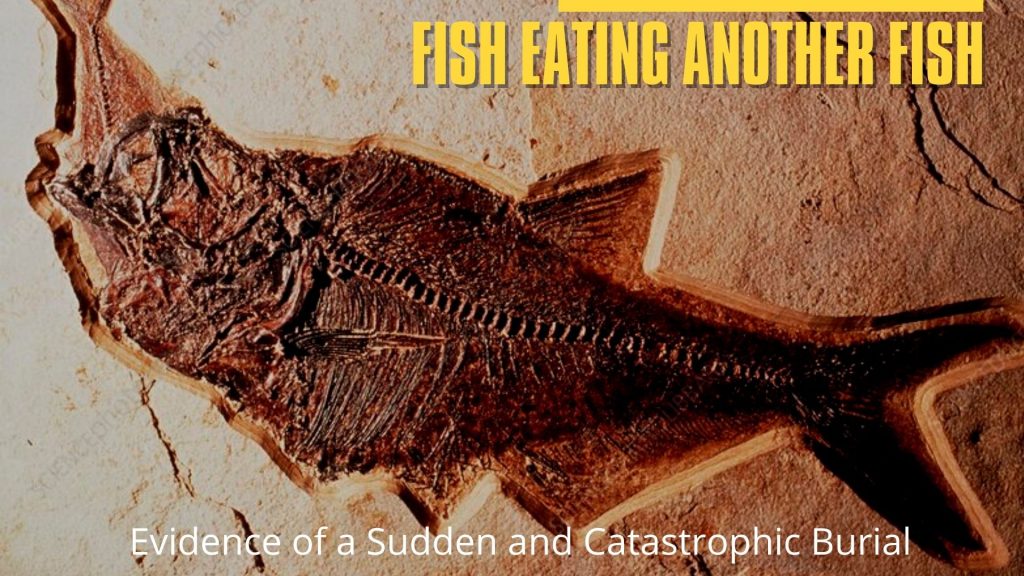 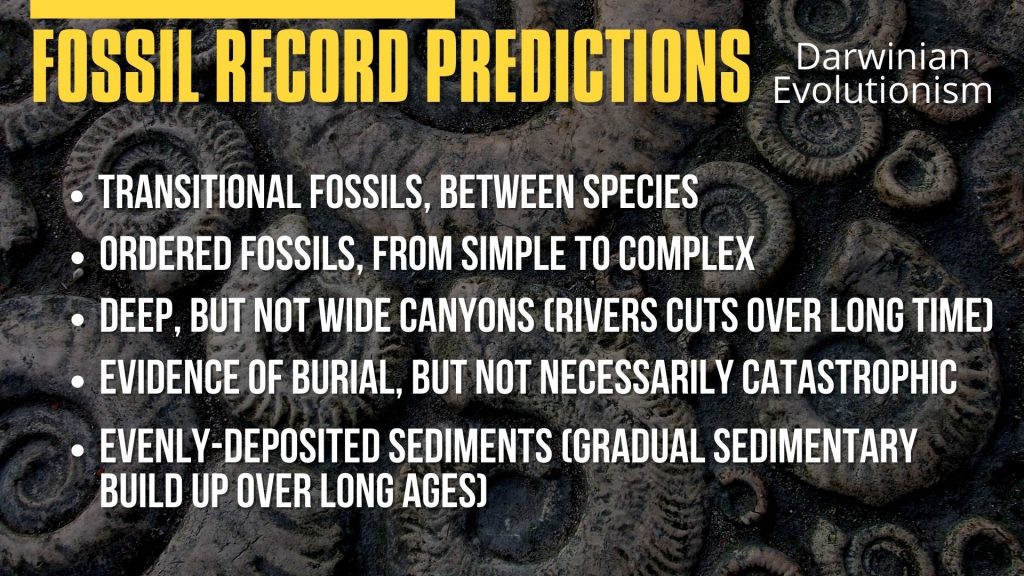 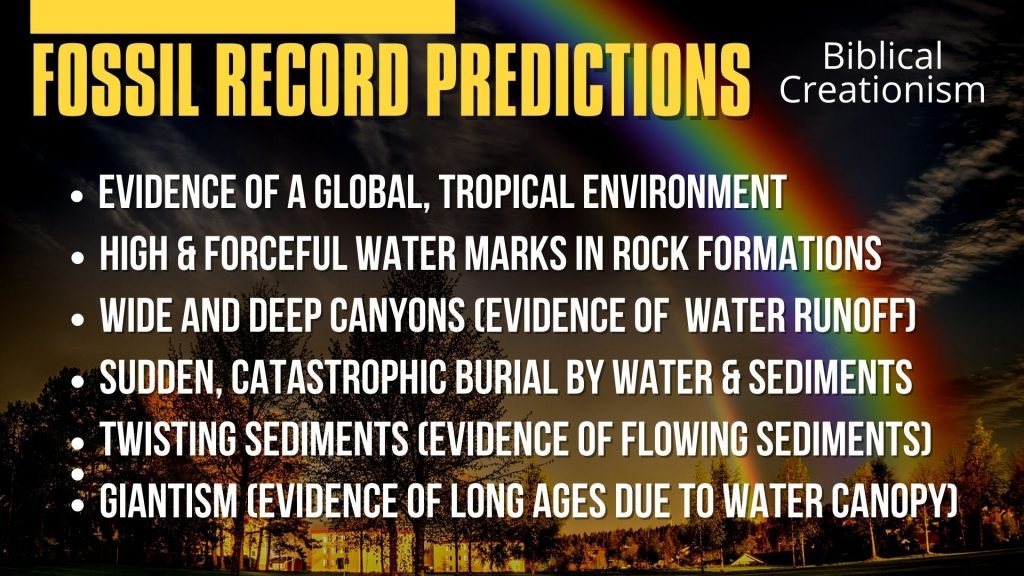 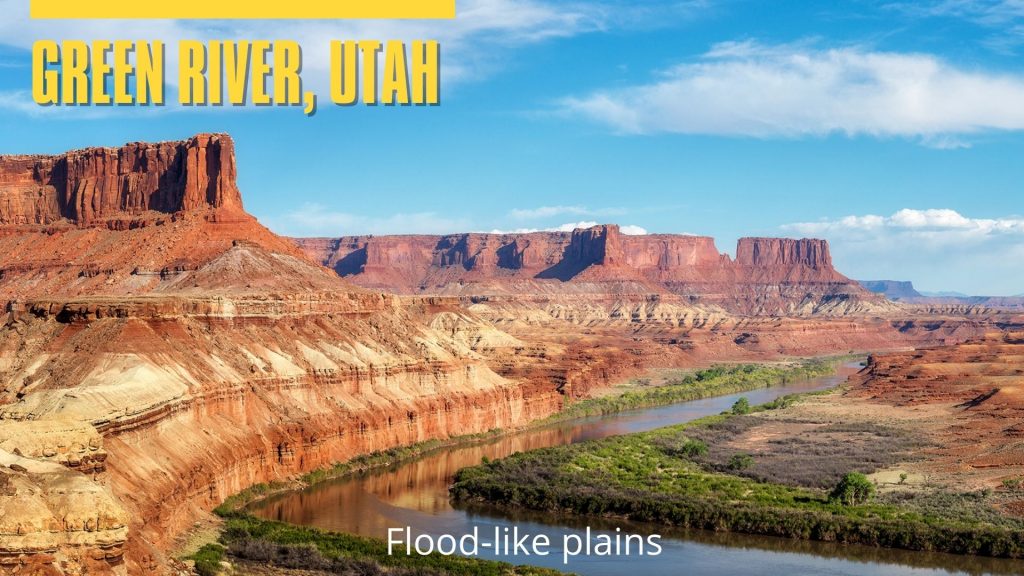 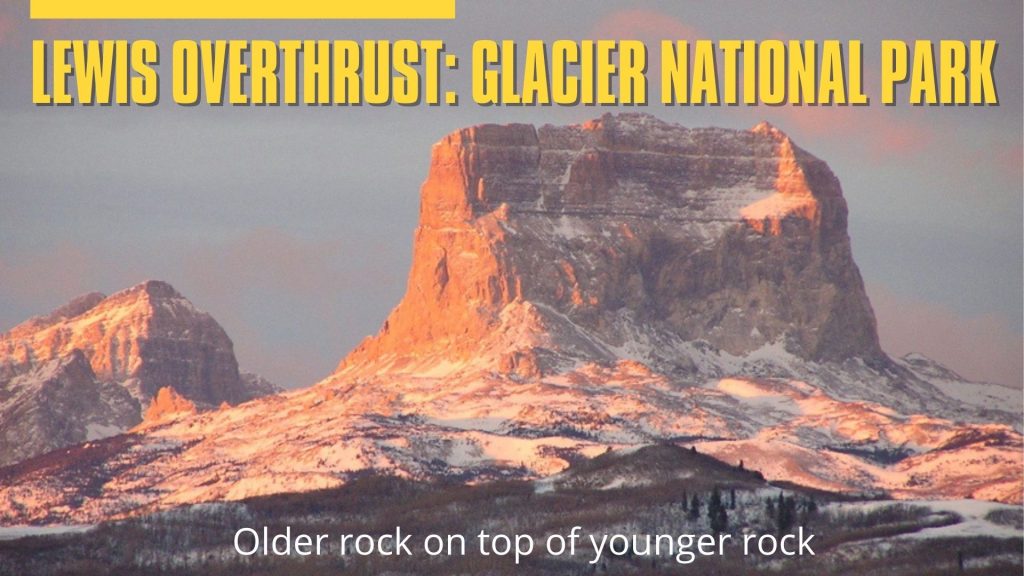 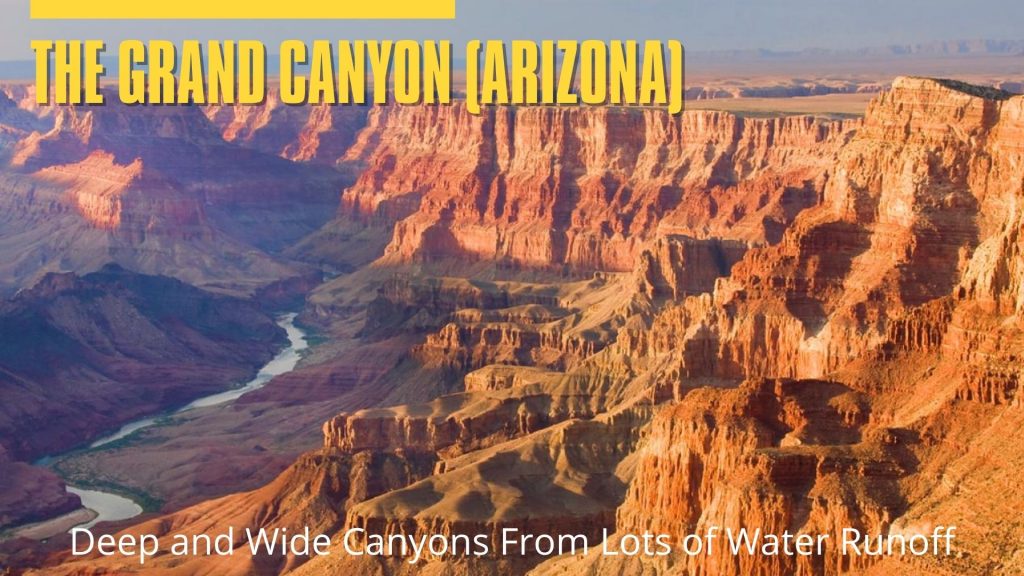 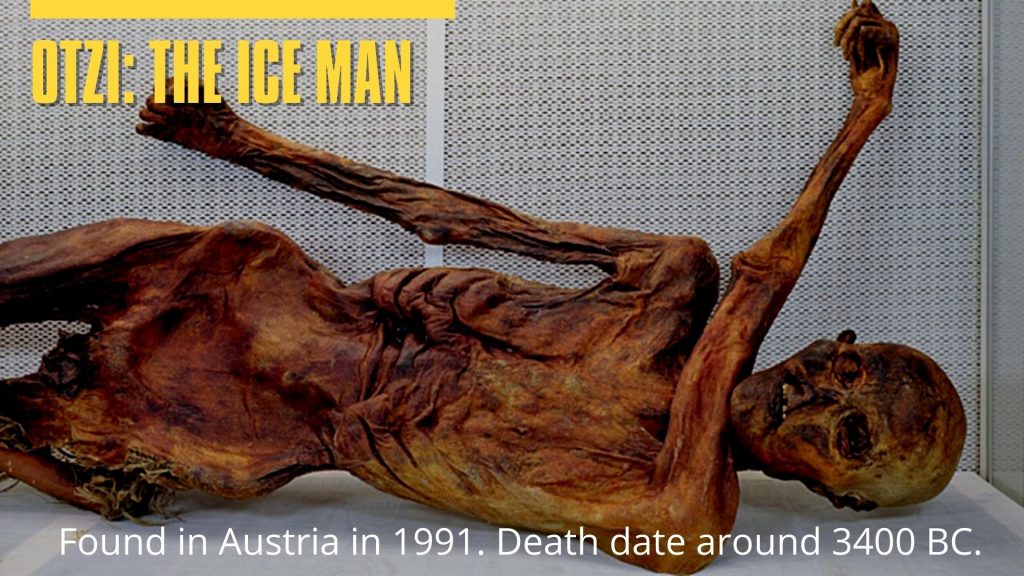 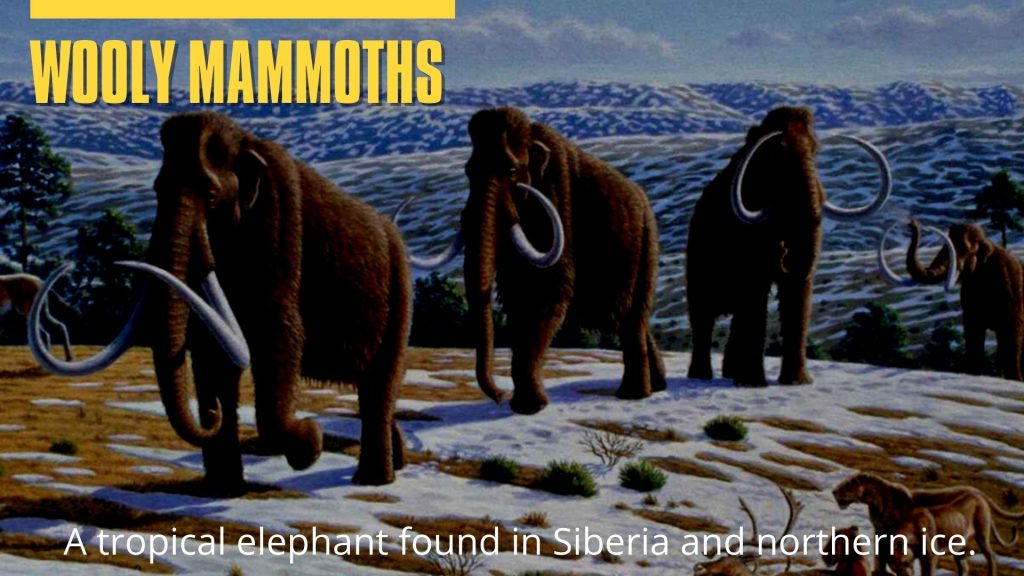 How was the earth globally flooded? Is that even possible?

Many modern scientists are quick to dismiss the Genesis Flood. And not without good reason. It's a tale that simply doesn't jive with current global precipitation patterns. After all, if the world was flooded then where did all that water originate? It's a good question that demands a reasonable answer.

And yet the Hebrew account provides a clue to how this catastrophic global event could happen. On the second day of creation, God carved a global water canopy to envelope and protect the earth (Genesis 1:6-8). This protective water skin was likely miles deep. It kept dangerous UV rays from direct infiltration of the earth, allowing all of nature (including man) to live to incredible ages. This explains the giantism in the fossil record, as well as the biblical account of mankind living to over 900 years of age in this pre-flood world. This water canopy explains a globally temperate and tropical environment that evolutionists find a "mystery."  But, more than anything, it explains the source of all that water in the Genesis flood catastrophe.

According to Genesis 7:11, on a specific day in earth's history, "all the springs of the great deep burst forth, and the floodgates of the heavens were opened." The floodgates of the heavens is not a thunderstorm or hurricane or long drenching rain. The Hebrew word for "flood" means "total catastrophe." Essentially this water canopy collapsed upon the earth, and its sheer size and volume of water required forty days and nights to exhaust. That's a lot of water. And forceful water can be incredibly devastating.

Let me give a purely speculative hypothesis for how God collapsed this great water canopy.

And let me start with physics and the tilt of the earth (which gravitationally prevents a global water canopy, due to hot and cold spots). Many creation scientists propose the early pre-Flood earth was perfectly aligned. In other words, it had no tilt. Consequently, all God had to do was tilt the earth to cause this great pre-Flood water canopy to naturally collapse. This violent act not only released the fury of that water canopy (the "floodgates" of heaven) but also exploded destructive forces volcanic activity. In my neck of the woods (Idaho) is the great Yellowstone caldera, which once exploded with such a force that molten lava was laid down hundreds of miles away. Today you can visit the remains of this volcano at a place called "Craters of the Moon." It's literally a lava landscape for as far as the eye can see.

This sudden tilted earth would also create icy spots at the polar regions, instantly freezing anything and everything in ice and mud. It explains the Siberian mastodons and woolly mammoths, literally frozen alive, preserved with food in their mouths! It might even explain "Otzi" the "ice man" found on a mountain top in Austria. While his death remains a mystery to paleontologists, his corpse dates remarkably close to the Genesis Flood and shows evidence of last minute "stress" (his left arm is grotesquely bent across his body). Meanwhile his freeze-dried nature (with little decomposition) suggests whatever happened to Otzi happened very quickly! Many creationists also theorize the Ice Age is nothing more than retreating ice from the Great Flood of Noah, as the earth readjusted to a new post-Flood environment.

But this catastrophic event had other consequences. Dr. Walter Brown theorizes the sudden tilting of the earth would cause the earth's crust to burst open, creating a single crack to fissure and circle the globe in minutes. It was this crack that released the great water caverns that exist beneath the earth's crust ("the fountains of the deep"). The force of these exploding underground spaces forced the land masses to crack and move. When these huge continental plates crashed into another, they buckled upwards to form mountain ranges (i.e., the Rocky mountain range and the European Alps). To this day the scar of this fissure can still be seen in the oceanic trench, which cuts around the planet like the seam on a baseball.

In the end, a collapsing water canopy from above, combined with exploding underground water, would create a catastrophic water event unlike anything the world has ever seen or will see again. It was forty days and nights of terror. All of life, except that which God preserved through Noah's family on an ark, was destroyed. Job 22:16 states: "They were carried off before their time, their foundations washed away by a flood."

It's why the fossil record is hardly a testament to evolutionary progress. In stark contrast, it's a story of Divine catastrophe. It's massive mud flows that moved carcasses into massive bone beds (like Dinosaur National Monument). Its sudden freezing of life forms in the polar regions of the globe. Its pillow lava (which only forms under water) appearing on some of the highest summits in the world. It's billions of snails, mollusks, and other small life forms we call the "pre-Cambrian explosion" forming a layer of deep rock. Its strange rock formations (like the Lewis Overthrust in Glacier National Park, MT) where younger rock is found on top of older rock. It's the Grand Canyon of Arizona and the Royal Gorge of Colorado that could've easily been carved in the months following the Flood, as the waters drained to the seas. Even the ocean's continental shelf is like an ancient shoreline, suggesting current ocean water levels are higher in our post-Flood world.

Of course all this is speculative, based upon the fossil evidence. But that's what geologists and paleontologists do. Fossils don't come with tags that say how old they are, nor how they died. But, for me, the evidence for WATER WASHING is undeniable. And even secular sources agree. Over and over again in the research, when fossils are recovered and analyzed, the conclusions speak to water burial or water washing or water catastrophe.

But there's one more obvious consequence of a post-Flood world without a water canopy overhead: a rainbow.

In Genesis 9:13-15, God tells Noah: "I have set my rainbow in the clouds, and it will be the sign of the covenant between me and the earth. Whenever I bring clouds over the earth and the rainbow appears in the clouds, I will remember my covenant between me and you and all living creatures of every kind. Never again will the waters become a flood to destroy all life."

The rainbow is God's covenant with man to never flood the earth again. And it's a promise helped by a new environmental phenomenon previously (to Noah) unknown. A rainbow is created by ultraviolet rays passing through water vapor in the atmosphere, then fracturing into a variety of colors in a arc. In the pre-Flood world the water canopy prevented ultra-violent rays from reaching the planet's surface. A rainbow was scientifically impossible underneath that wet blanket, but now with direct sunlight its possible. And God uses it as a covenantal promise. You might say the "arc" of the rainbow will mean another "ark" to preserve life will not be necessary.

It's why we dare not forget the Flood of Noah. And we must not miss the evidence this catastrophic event left behind for us to investigate. The next time you handle a fossil, just imagine that you are touching something that existed before God destroyed the earth. It's ancient and unique.  It's a special specimen (fossilization and petrification is rare in our current environment) that tells a story...it's a story in the rocks...for those with eyes to see.